The California Raisin figures were part of an 80s grape industry ad blitz, which was extremely brilliant, but we do not know why exactly.  The Raisins were a claymation blues band that not only graced commercials and animated specials, but also made it to toy stores and fast food restaurant happy meals.  As the commercials became more and more successful, guest grapes would appear, like Ray Charles and Michael Jackson.

The real musicians behind the Raisins released four studio albums, and a Saturday morning cartoon, called The California Raisin Show, lasted for a mere 13 episodes.  Not only could you get the figures, but also lunchboxes, t-shirts, comic books, posters, and costumes. 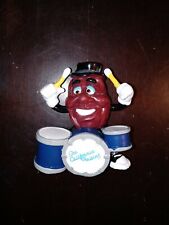 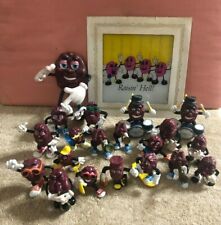 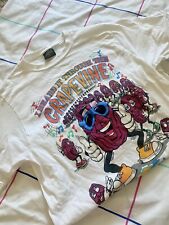 Vintage 1987 California Raisins heard it through the grapevine Changes shirt
$50.00 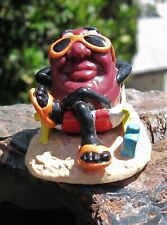 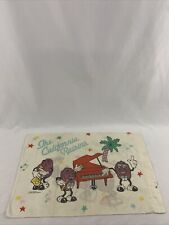 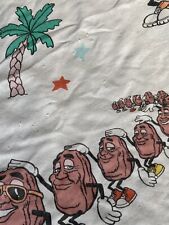