She-Ra:  Princess of Power was a short-lived Filmation cartoon series that was spin-off of He-Man and aired in 1985.  Fans of the show will remember that She-Ra was the lost twin sister of He-Man (her name was Adora).  She had been kidnapped years before by the evil Hordak, but had risen up as the leader of a group of freedom fighters called the Great Rebellion (after being rescued by He-Man).  The group’s goal was to overthrow the tyrannical Hordak and his Evil Horde army to once again free their world of Etheria.

This toy line, which was aimed at girls (duh), came with a number of action figures, playsets, and vehicles.  Some of the characters included She-Ra, Adora, Frosta, Castaspella, Glimmer, Mermista, Catra, and She-Ra’s horse (Swiftwind).  In addition, because it was aimed at girls, it also came with any number of wardrobe changes for She-Ra and her friends.  The most popular playset was the Crystal Castle, and smaller vehicle sets included the Enchanta swan and the Butterflyer. 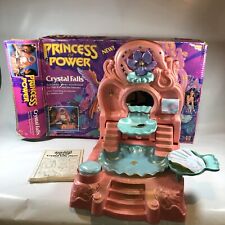 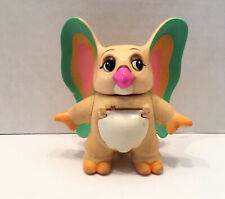 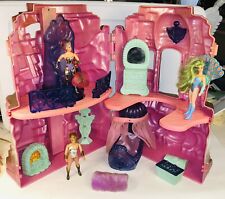 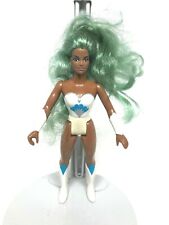 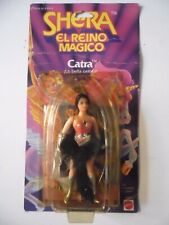 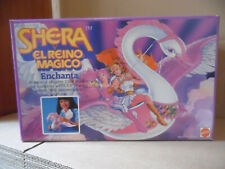 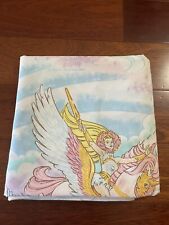