Mad Max was a metal band from Germany.  After sending demos to a small label called Roadrunner Records, they were offered a record deal.  They released their first album (self-titled) in 1982, and it wasn’t long before they were warming up for bands like Pretty Maids, Stryper, and Yngwie Malmsteen.

In 1989, Mad Max called it quits after vocalist Michael Voss left the band.  In 2000, Voss returned for a new album, and the band continued playing and producing well into the 2010’s.  Some of you may have seen them play at Rocklahoma, Wacken, etc.  Mad Max stayed true to their metal roots with their later releases.  At the time of this writing, the Mad Max Discography was as follows: 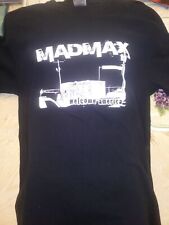