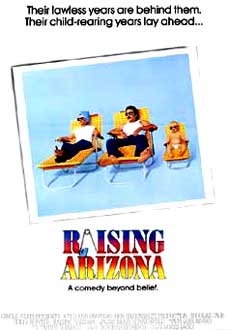 "Their lawless years are behind them.  Their child-rearing years lay ahead".  Starring Nicholas Cage as Hi McDunnough, Holly Hunter as Edwina McDunnough, John Goodman as Gale Snoats, and William Forsythe as Evelle Snoats, Raising Arizona was a Cohen Brothers comedy released in 1987.  Although the movie received mixed reviews at the time, it was still a huge financial success.  Since 1987, the film has become more popular with critics, achieving  a cult status with 80's movie fans.

In this movie, armed robber Hi McDonnough (Cage) marries police officer Edwina (Hunter) not long after they meet during a police lineup.  When they find out Edwina is infertile, they decide to kidnap one of the Nathan Arizona family quintuplets (after all, they have more than they can handle).  In the mean time, Hi is having trouble leaving his earlier life of crime, and he finds himself robbing gas stations while picking up diapers, much to Edwina's chagrin.

When Hi's boss realizes that Hi and Edwina have kidnapped the Arizona child, they want the child for themselves, but the child ends up getting re-kidnapped by criminal friends of Hi's (played by Goodman and Forsythe).  As Hi and Edwina set out to rescue the child, a self-employed bounty hunter, called Leonard Smalls, is also after the baby to sell on the black market.  In the end, Hi gets the upper hand on smalls and the couple returns the baby to the Arizona family. 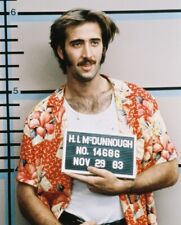 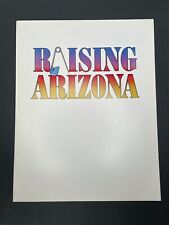 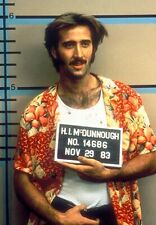 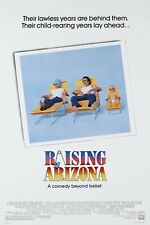 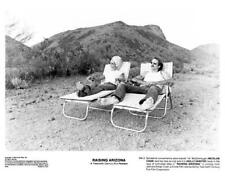 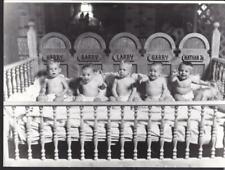 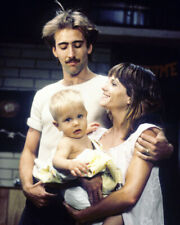 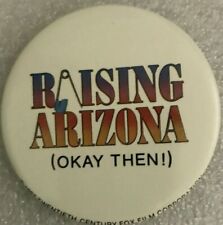