Throw Momma from the Train 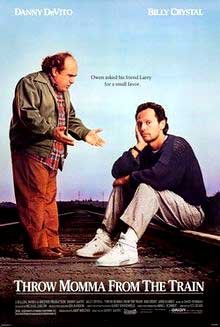 "Owen asked his friend Larry for a small favor".  Throw Momma from the Train was a black comedy released in 1987.  The movie starred Danny DeVito as Own Lift, Billy Crystal as Larry Donner, and Anne Ramsey as Momma Lift.  Although the movie received mixed reviews, it is widely agreed upon that the chemistry between DeVito and Crystal makes for great comedy.  The movie was a success as the box office, grossing nearly $60 million on a $14 million dollar budget.

In this movie, Larry Donner (Crystal) is a down-on-his-luck writer who recently had his to-be-published book stolen by his ex-wife and released as her own.  Owen Lift (DeVito) is a student in Larry's community college writing class.  After Owen watches an old Hitchcock movie recommended by Larry, and taking a cue from that movie, Owen decides he might be able to work out a deal with Larry whereby Larry kills Owen's over-bearing mother, and Owen kills Larry's ex-wife.  Owen kills Larry's ex-wife by tossing her over board on a cruise ship, and then blackmails Larry into returning the favor.  While on the train, Owen has second thoughts, and ultimately his mother survives.  And, come to find out, Larry's ex-wife survived as well, and quickly goes about the business of selling her harrowing story for $1.5 million dollars.  In the end, both Larry and Owen release best-selling books on their experiences, and the two become fast friends. 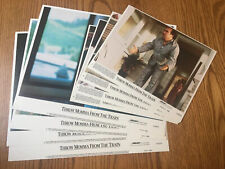 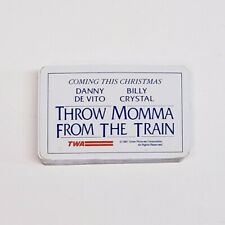 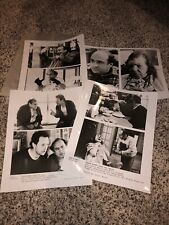 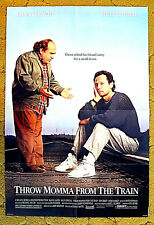 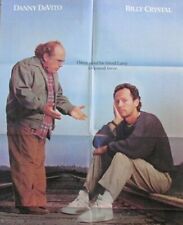 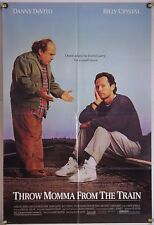 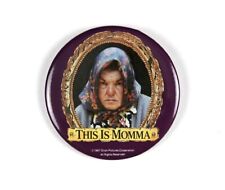 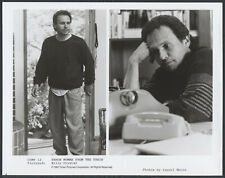 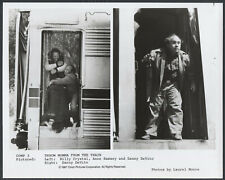