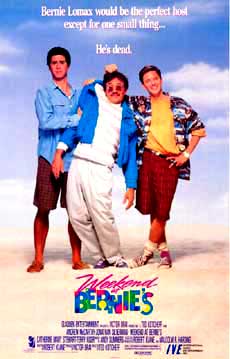 "Bernie Lomax would be the perfect host except for one small thing...He's dead".  Weekend at Bernie's, starring Andrew McCarthy as Larry Wilson, Terry Kiser as Bernie Lomas, and Jonathan Silverman as Richard Parker, was released in 1989.  The movie received mixed reviews from critics, but still went on to be very successful at the box office.  It did well enough to warrant a 1993 sequel, Weekend at Bernies II.

In this movie, Richard (Silverman) and Larry (McCarthy) uncover a 2 million dollar financial glitch at their job and decide to take it to Bernie (Kiser), their boss.  Little did they know, the boss was responsible for the glitch, and has asked the boys to his beach house for the weekend in order to set them up and then have his mob friends kill them.  When the mob guys show up, they decide to take out Bernie instead, who had been sleeping with the head mob guy’s (Vito) girlfriend.  By the time Richard and Larry arrive, the deal is done, and the duo does not know how to handle the situation in the midst of the weekend party style that Bernie was accustomed to.  Fearing that they might somehow be implicated in Bernie’s death, the two decide to make it appear that he is still alive.  When Vito’s girlfriend arrives, who Bernie had been messing with, things get interesting.  During the facade of making Bernie appear alive, Vito’s right hand man believes he is witnessing a very much alive Bernie, and Vito sends his hit man back to finish the job.

After Richard and Larry learn that Bernie was aiming to frame them, they think they are the mob’s target, and they go to ever more extremes to make it look like Bernie is alive.  Eventually the mob shows up to finish off Bernie, and then to take out Richard and Larry since they were witnesses to the “re-killing” of Bernie, but the two manage to get the upper hand, and all is set to right when the police arrive and the bad guys are carted off. 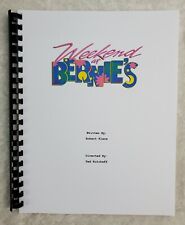 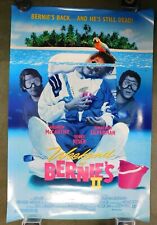 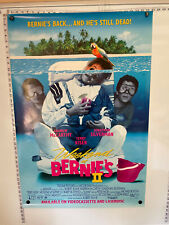 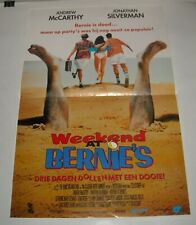 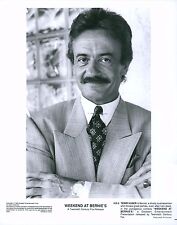 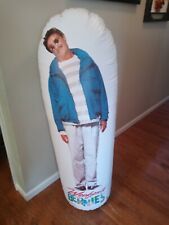 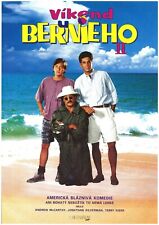 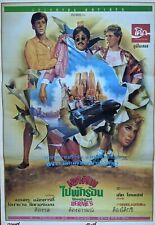