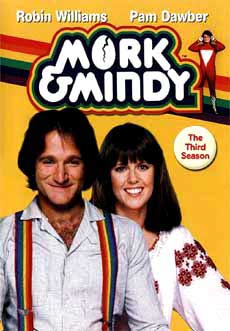 Mork and Mindy was a comedy that ran from 1978 to 1982 on ABC.  The series starred Robin Williams as Mork the alien, and Pam Dawber as Mindy McConnell, who befriends Mork and gives him a place to live.  The show was a spin-off from a Happy Days episode, where Mork tried kidnapping Richie and taking him to Ork.  The show popularized crazy phrases like Mork’s greeting (Nah-noo Nah-noo) and his explicative “shazbot”).

In the show, Mork (Williams) was a gregarious alien from the planet Ork.  Mork was sent by his superiors to earth to study its inhabitants, and he was required to report back his findings on a regular basis (to an Orkian named Orson).  In reality, Orson had sent Mork on the mission because humor was forbidden on Ork, and Mork seemed to have a penchant for it.  After meeting Mindy McConnell (Dawber) and explaining to her who he was, Mindy let Mork move into her attic.  Most of the story lines then revolved around Mork’s attempts at understanding human behavior.  By the end of the show, the relationship between the two had turned romantic, and they eventually got married and had a son (Mork had to lay an egg for this…seriously). 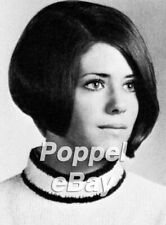 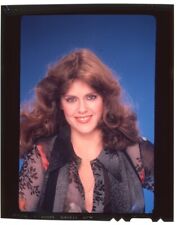 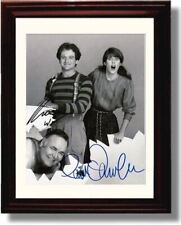 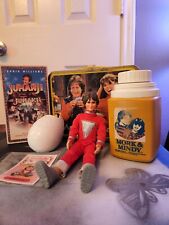 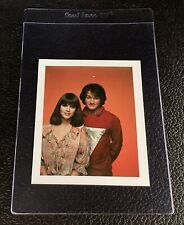 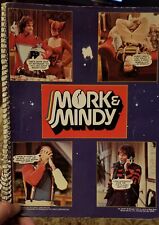 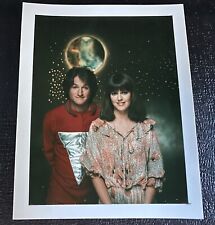 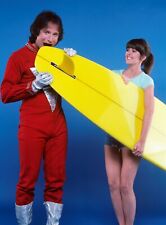 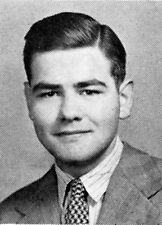 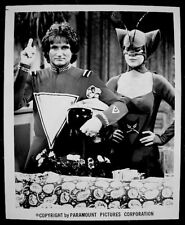