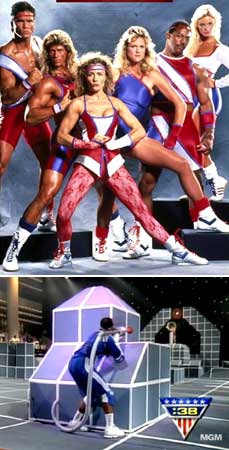 American Gladiators sneaks into the 80's with an original air date of September, 1989 (total of 7 seasons and 139 episodes).  The one-hour show continued in syndication well into 1996 and had a re-boot in the 2000's.  Fans of this show will remember that series matched amateur athletes against seasoned "Gladiators" in contests of strength and stamina.  Contestants played for cash and prizes in a tournament style, with winners moving up to the next tournament level.