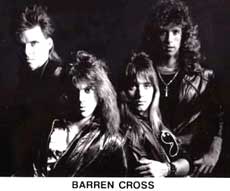 Barren Cross was a Los Angeles Christian metal band that was formed by some high school friends in 1983.  The band's first self-produced release was in 1985 with the help of the Elefante brothers.  Star Song Records published their 1987 release, Rock for the King, and by 1988, Barren Cross was picked up by Enigma Records.  Other Engima recording artists at the time included the heavy hitters Poison, Ratt, and Stryper.

Unlike some of their contemporaries, Barren Cross tackled tough issues in a straight-forward, in-your-face way (from alcoholism to abortion).  Many people have likened the Barren Cross' sound to Iron Maiden, but other than a similarity of Mike Lee's voice to that of Bruce Dickinson's, we disagree.  In every aspect of musicianship, from guitar to vocals, Barren Cross demonstrated some solid talent, yet they were much less melodic than Stryper, which affected their notoriety in many circles.  Nevertheless, they still had some decent MTV and VH1 air time and toured as much as possible (we saw them in 1988 in a small venue in Wichita, KS.).

Quick Barren Cross fact:  Some of you may remember that in 1989, Barren Cross appeared on The Morton Downey Show with Kiss and Anthrax. The band has had a view reunions over the years, and at the time of this writing, it was announced that their original 1985 self-produced album would be re-released to commemorate 25 years.

At the time of this writing, the Barren Cross Discography was as follows: 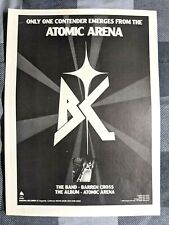 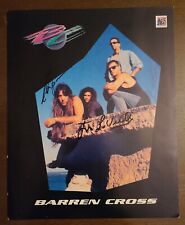 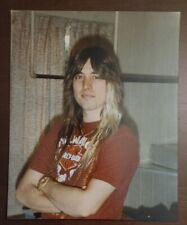