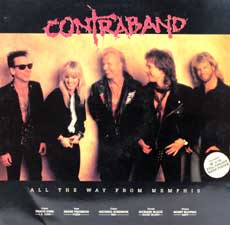 Contraband was a short-lived, metal super-group that consisted of Richard Black on vocals (Shark Island), Michael Schenker on guitars (MSG), Tracii Guns on guitars (L.A. Guns), Share Pederson on bass (Vixen), and Bobby Blotzer on drums (Ratt).  The band was formed after an MTV “unplugged” session that featured Vixen and Ratt (around 1990).

The band released their self-titled album in 1991, which received mixed reviews.  This album did feature the song “All the Way from Memphis”, which did make the UK charts in 1991.  Another song from this album, “Loud Guitars, Fast Cars, and Wild, Wild Livin’” was featured on the If Looks Could Kill movie soundtrack.   Because sales were lackluster, and the band members were not real happy about the project, the group disbanded shortly thereafter.  In our opinion, the album is pretty good.  If you are looking for something old that is new to you, we recommend Contraband.

The Contraband Discography was as follows: 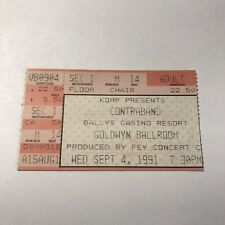 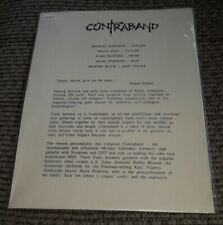 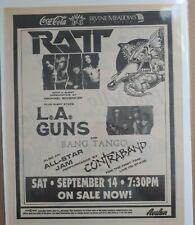 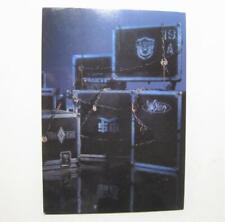 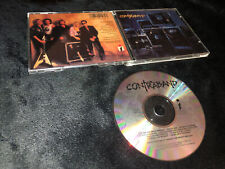 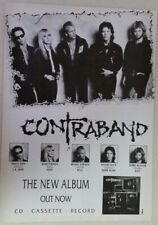 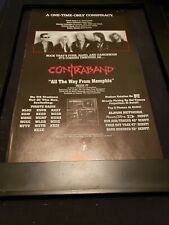