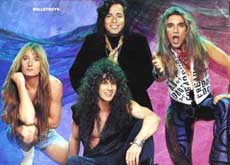 The Bullet Boys, in our opinion, was an underrated L.A. band.  The Bullet Boys started out in 1987, and unfortunately left the rock scene sort of like a bullet (until years later).  The Bullet Boys were one of our favorite 80's metal bands.  We had a chance to see them live in 1988 as an opening act for Cinderella, and they put on a great show.

Most of you out their in 80's land probably do not know that the founder of this band, lead vocalist Marq Torien, was formerly the lead singer for King Kobra, and even a one time guitarist for the band Ratt.  Back in they day, the larger than life Marq Torien's stage presence was often compared to that of Diamond David Lee Roth.

Many people remember this band for their redo of the classic song remake "For the Love of Money" from their 1988 self-titled debut, which made it to number 78 on the Billboard Top 100 back in 1988.  Another song from that album, "Smooth Up in Ya", actually made it to 71 on that same Billboard chart.  Some of you may even remember the song "Hang on St. Christopher" from their second album, Freakshow.

Since the 1993 release of Za-Za, the Bullet Boys have disbanded and reunited several times, often with different veteran rockers from different veteran bands (Marq Torien being the only original member).  They have been featured at many of the metal mega reunion shows across the USA.

At the time of this writing, the Bullet Boys Discography was a follows: 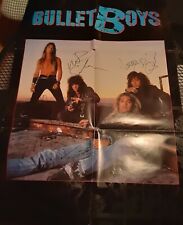 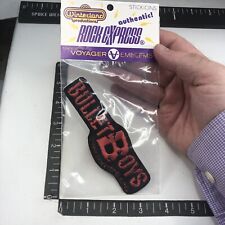 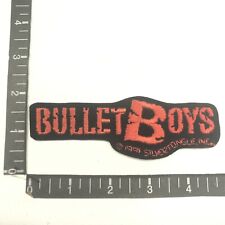 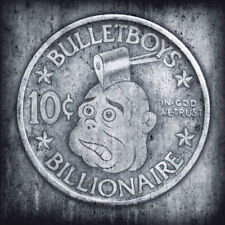 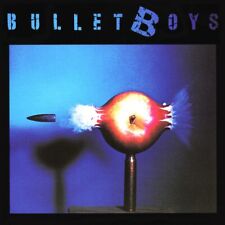 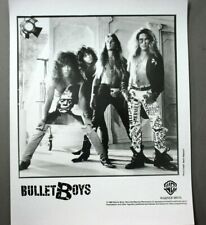 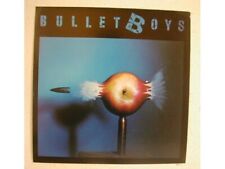