Devo, a band that actually started in Ohio, was formed way back in 1972.  They are widely recognized as the band that wore strange outfits, including the plastic red hats.  The band name "Devo" is short for "de-evolution", which is how band members view the progression (or regression, if you will) of mankind.  Original band members included brothers Mark and Bob Mothersbaughs, brothers Gerald and Bob Casales, and Alan Myers.  Early on, the band called themselves Sextet Devo, and they first played at an arts festival at Kent State in 1973.

Devo did receive some notoriety in 1976 when a short filrm about them won an awarded at the Ann Arbor Film Festival, and Neil Young asked the band to participate in his film, Human Highway.  The band released a couple of self-produced singles in the mid 1970's and an EP (Be Stiff) in 1978.  The EP caught the attention of Iggy Pop and David Bowie, who helped them land a contract with Warner Brothers.  Their first album, Q: Are We Not Men? A: We are Devo!, was released in 1978.  Devo was known for doing some strange things during their shows, such as changing their appearance and performing as their own opening act (a Christian soft-rock band called Dove (the Band of Love) and playing self-performed Muzak versions of the material prior to concerts.

In 1995, Devo was back in business, and shortly found themselves as the Lollapalooza headliner as well as contributing to various soundtracks.  At the time of this writing in 2013, the band was still very active.  Don't fret, ladies and gents, you can still get a devo hat, right here on ebay.  The Devo Discography is as follows: 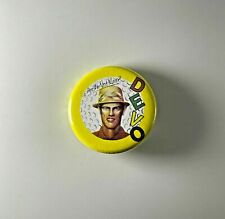 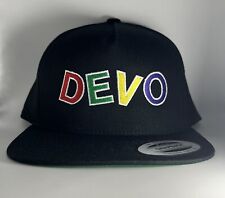 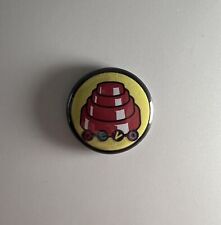 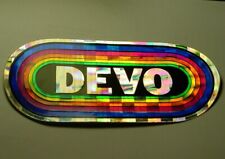 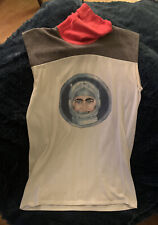 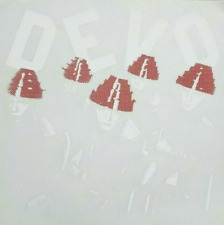 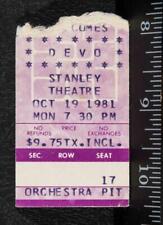