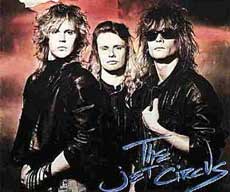 Jet Circus was a Christian metal band formed by ex-Leviticus members Terry Haw (vocals) and bassist Ez Gomer.  The result was a funky metal band that may be hard to describe, but was awesome to listen to.  The band’s first album, Step on It (1991), was poorly received at the time.  However, take it from us; this album is a diamond in the rough for Christian metal fans.  Some of you may remember the rap-infused funky track “Victory Dance” from this album and the song “Be-Bop-A-Lula”.  Needless to say, the Christian aspect of Jet Circus is subtle.  If you were not aware of the fact that they were a Christian band, you would likely not even know that is what you were listening to.

Shortly after their first release, the band began working on a new album titled No Mercy for the Living Dead.  This album was never released.  In 2002, Ez Gomer resurrected Jet Circus and released new material with himself as vocalist.  Although not as funky as the band’s original release, it is still clearly Jet Circus (even with a new vocalist).  The Jet Circus Discography is as follows: 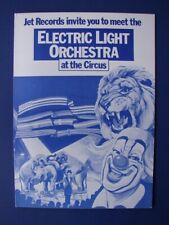