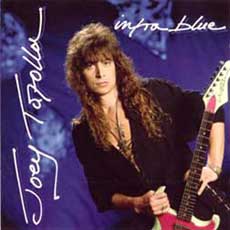 Joey Fafolla was an American guitar player who started out in the band Jag Panzer in the mid 1980’s.  It wasn’t long before he managed to land a record deal with Shrapnel Records as a solo instrumental artist, and in 1987, Tafolla released his first album (Out of the Sun).  His second album (Infra-Blue) was released in 1991.

If you like guitar players like Marty Friedman, Jason Becker, Vinnie Moore, etc., then you will like the solo work of Joey Tafolla.  His first album is more neo-classical; while his second release is more closely related to something you might have heard from Steve Vai or Joe Satriani.  Tafolla did release a new album in 2001 (Plastic), which is a more contemporary version of instrumental metal.  As of 2013, Tafolla was back with Jag Panzer.  The Joe Tafolla Discography is as follows: 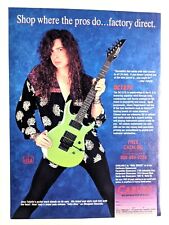 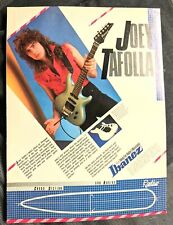