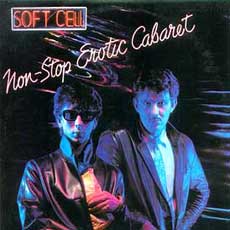 Soft Cell was a British synthpop duo that consisted of vocalist Marc Almond and David Ball.  Although they were more successful in the UK than the USA, those of you in the USA will still recognize them (read on).  The duo formed in the late 70's, essentially self-producing and releasing an EP on vinyl that is very collectible.  Although their first few singles releases did not fair well, on of their early songs, called "Memorabilia", became a club hit.

Just before their label was about to drop them, Soft Cell was given one last change to produce a hit.  They essentially took a little-known Gloria Jones song from 1965 called "Tainted Love", and re-worked it and made it their own.  The song was an international hit, actually setting a Guinness World Record for longest song on the Billboard Hot 100 (43 weeks).  The song was ultimately released on their album  Non-Stop Erotic Cabaret (1981), which also featured the hit songs "Bedsitter" and "Say Hello Wave Goodbye".  In between this album release and their 1982 release, Non-Stop Ecstatic Dancing, the duo released another very successful non-album single called "Torch".  "What" was a hit song from their 1982 release, and the hit songs "Where the Heart Is" and "Numbers/Barriers" were released on The Art fof Falling Part (1983).

After another modest hit was released, ""Soul Inside", and their final album was released, This Last Night in Sodom (1984), Soft Cell was through.  Drugs had taken their toll.  The duo did remain in touch, however, as both worked on solo careers, and in 2001, the two re-united for new live shows and a new album (Cruelty without Beauty).  Soft Cell was known to be active late into the 2000's.  The Soft Cell Discography is as follows: 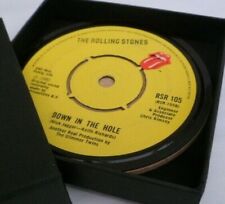 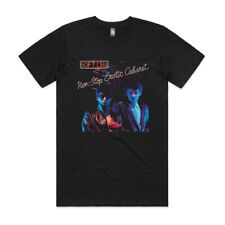 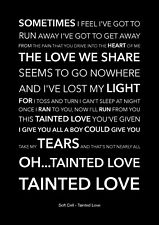 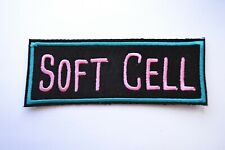 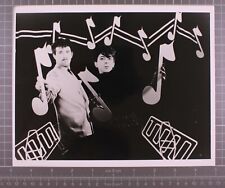 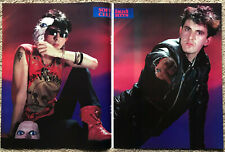 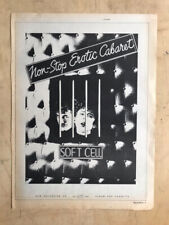 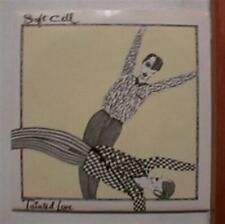 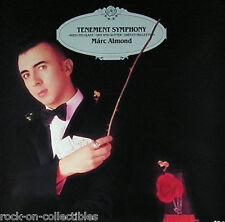