Listen for free or download any Wang Chung track for just 12 cents per song! 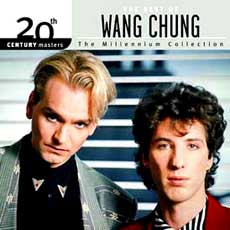 Huang Chung released a few singles early in the 80's.  Although the singles did not chart, they did catch the attention of Arista Records, who signed the band in 1981.   Their first self-titled studio album, Huang Chung, was not a success.  After moving to Geffen Records, they changed their name to Wang Chung (easier to pronounce).  As Wang Chung, the album Points on the Curve  was released in 1984.  This album featured four hit songs:  "Don't Be My Enemy", "Wait", "Don't Let Go" and "Dance Hall Days".  Their next release, for the To Live and Die in L.A. movie soundtrack in 1985, featured the title track as a song that charted at 21 (Billboard).  The band's 1986 release, Mosiac, was also successful.  Songs from this album you might remember include "Everybody Have Fun Tonight", "Let's Go", and "Hypnotize Me".  Their final release of the 80's, The Warmer Side of Cool (1989), did not do nearly as well, but still featured the the song "Praying to a New God".

For the greater majority of the 1990's, Wang Chung went on Hiatus as the duo of Hues and Feldman worked on other projects.  By 1997, they were back together, releasing new material for a greatest hits release.  They have continued limited activity well into the 2010's, such as their concert at the Rewind Festival in Perth, Australia in 2012.  The Wang Chung Discography is as follows:

Listen for free or download any Wang Chung track for just 12 cents per song! 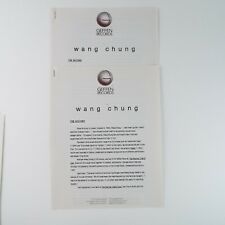 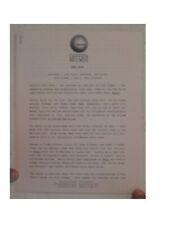 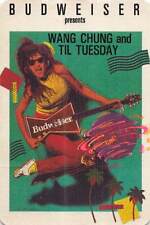 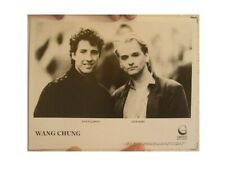 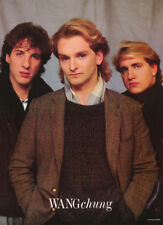 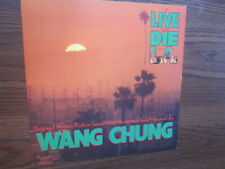 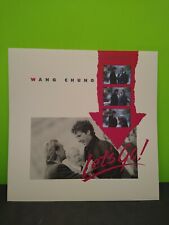 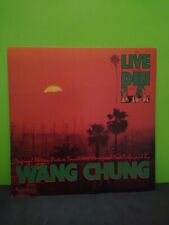