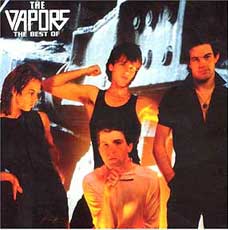 The Vapors was a new wave British band that did not last long, but still left their musical mark on our favorite decade.  The band was formed by Dave Fenton in the late 1970's, but by the time the band hand landed a record deal, he as the only founding member remaining.

After catching the attention of some folks with connections The Vapors (originally known as The Vapours), landed a record deal with United Artists.  Their first single, "Prisoners", was released in 1979, but it failed to make a mark.  It was the band's second single, "Turning Japanese", that became their biggest hit.  The song charted at no. 3 in the UK, broke the top 40 in the USA, and was published on their first studio album, New Clear Days (1980).  The album also featured the minor UK hit "News at Ten".  Their follow-up album, also their last, was Magnets (1981).  It featured the song "Jimmie Jones" (the Jamestown Jim Jones), which was a minor hit in the UK and a top 40 hit in the USA.

Due to the poor performance of their second album, the Vapors split up.  The members went on to a variety of projects, none of which appears to have band related.  The Vapors Discography is as follows: 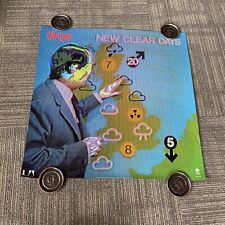 The Jam & The Vapors At The Rainbow Theater ’79 Melody Maker Concert Ad Reprint
$8.95 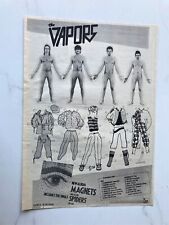 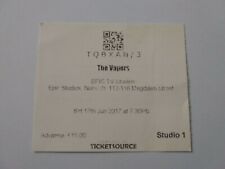 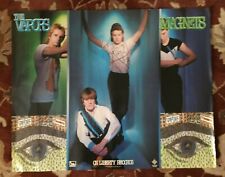 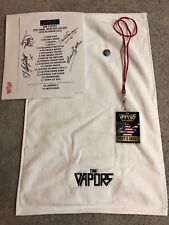 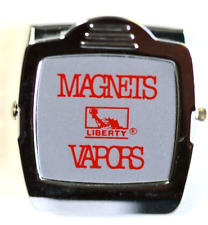 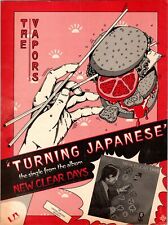 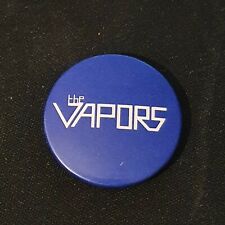