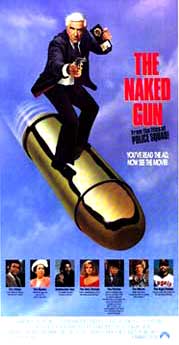 All of these movies were basically a satirical look at the life of Lt. Frank Dreben (Leslie Nielsen) as an L.A. cop, and were initially based on a short-lived TV series called Police Squad!.  Focusing on the first movie released in 1988, it was, overall, a hit with critics, and it did very well at the box office.  The movie also starred Priscilla Presley as Jane Spencer, Ricardo Montalban as Vincent Ludwig, and even O.J. Simpson as Detective Nordberg.

The film begins with a number of high-profile terrorists plotting the demise of the West, only to be defeated by an undercover Frank Dreben.  Back in the states, Frank is put in charge of the Queen's security as her visit to the USA is nigh.  Some of the terrorists that were present at the beginning of the movie, including Pahpshmir (yes, that is correct), plan to assassinate the Queen with the help of a drug pin named Ludwig (Montalban).  In the end, Frank does manage to save the Queen, stop all the baddies, and win the girl. 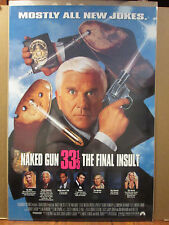 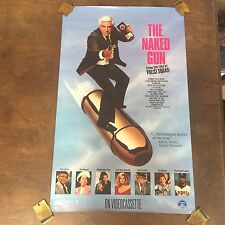 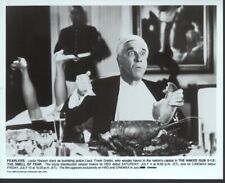 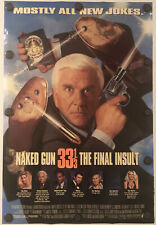 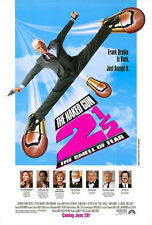 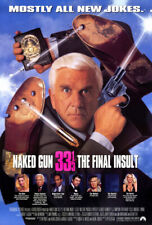 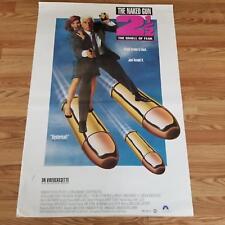 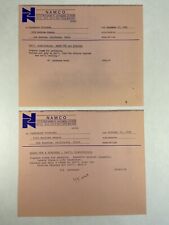