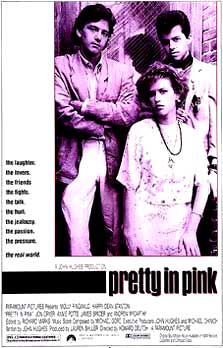 "The laughter.  The lovers.  The friends.  The fights.  The talk.  The hurt.  The jealousy.  The passion.  The pressure.  The real world".

Pretty in Pink (1986) was another John Hughes comedy/drama movie.  It starred Molly Ringwald as Andie Walsh, Andrew McCarthy as Blane McDonough, James Spader as Steff MckEee, Harry Dean Stanton as Jack Walsh, and Jon Cryer as Duckie Dale.  The film was a hit with both critics and fans, ultimately landing as the 22nd highest grossing film of 1986.

In this movie, Andie Walsh (Ringwald) is a low income high school student trying to fit in at her richy-rich high school with the help of her bud who is in love with her, Duckie (Cryer).  When a rich boy named Blane (McCarthy) tries to get together with Andie, each takes heat from their friends about the relationship.  Blane's friends are mean to Andie because of her social status, and Duckie is mean to Blane because he is jealous.

In the end, the peer pressure on Blane is too great, and he initially breaks his prom date offer to Andie.  Andie decides to go stag to the prom, making a new dress out of a pink thrift shop dress her father purchased for her.  In the end, Andie and Blame make up at the prom, and even Duckie gets a girl. 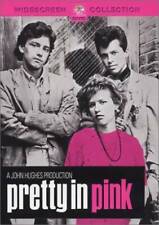 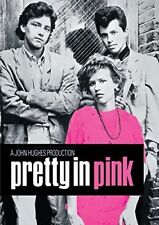 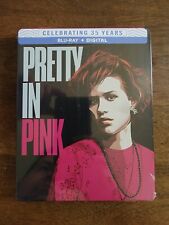 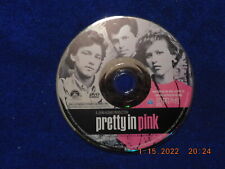 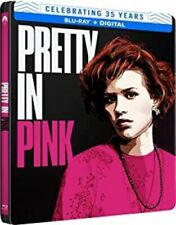 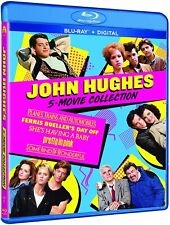 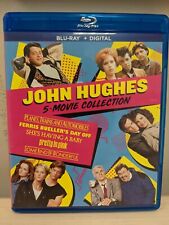 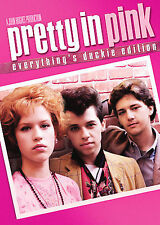 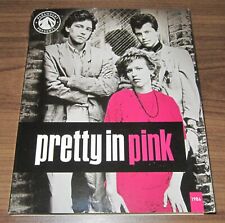