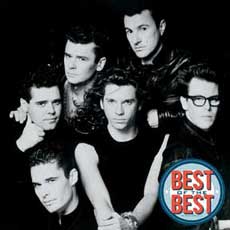 Australia's INXS started in 1977, as a band called The Farriss Brothers, in Sydney, New South Wales.  Before this, founding group members where high school pals who played in various bands together.  Later they began calling themselves The Vegetables, but after landing a gig performing with Midnight Oil, which is when they changed their name.  By 1980, they had landed a five-album record deal with Deluxe Records.

INXS' first album was released in 1980 (self-titled album).  The album was a moderate success, and the band honed their live touring skills throughout 1981.  Some of you Aussie's may remember the song "Stay Young" from Underneath the Colours (1981), while the songs "The One Thing" and "Don't Change", from Shabooh Shoobah (1982), were also hits in the USA.  Other 80's songs you may remember include "Original Sin", "I Send a Message", and "Burn to You" from  The Swing (1984).

By the mid 1980's, INXS had begun moving away from a New Wave sound in a more rock direction.  The songs "What You Need", "This Time", "Kiss the Dirt (Falling Down the Mountain)", and the title track from Listen Like Thieves (1985) were the first to feature this new sound.  Some of you may even remember their hit song, "Good Times", from the Lost Boys soundtrack.  It was the band's 1987 release, Kick, that was their most successful worldwide.  Hit songs you will remember from this release include "Need You Tonight", "Devil Inside", "New Sensation", "Mystify", and "Never Tear Us Apart".

INXS continued rolling well past the 1980's, with a number of hits in the early 1990's, such as "Suicide Blonde", "Disappear", "Bitter Tears", "Shining Star", "Heaven Scent", "Not Enough Time", and more.  Although the success of the 80's and early 90's was over, INXS continued producing new material and touring.  They have met with chart success in a number of countries outside of Australia.  In 1997, lead singer Michael Hutchence killed himself.  After a short hiatus, and some vocal changes, INXS began producing again with a new vocalist.  At the time of this writing, the INXS Discography was as follows: 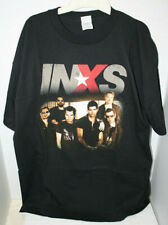