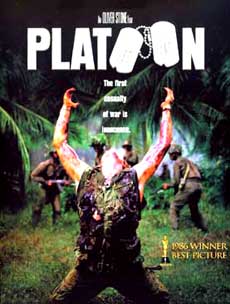 "The first casualty of war is innocence".  Platoon, released in 1986, was an Oliver Stone war film that starred Charlie Sheen as Chris Taylor, Willem DaFoe as Sergeant Elias, and Tom Berenger as Sergeant Barnes.  Oliver Stone wrote a screen play after his tour in Vietnam ended in 1968, and Platoon was the ultimate result.  If this movie is a true reflection of Stone' experiences in Vietnam, then it is scary indeed.  The movie was a hit with critics and a big drawl at the box office.

In this movie, Taylor (Sheen) drops out of college during the Vietnam conflict to enlist in the armed services.  He ends up in the thick of things near the Cambodian border as a member of the 25th Infantry Division, and he soon discovers that the things are not as easy as he had envisioned.  There are two main clicks in the platoon, the heavy hitting, bong smashing soldiers that hang out with Sergeant Barnes, and then the laid back, pot-smoking click that hangs with Sergeant Elias.  Taylor aligns himself with the pot-smoking group, where he grows close to Elias and others.

During one confrontation at a village that is suspected of having VC weapons, a conflict erupts between Elias and Barnes, with Elias trying to curb Barnes' cruel treatment of the villagers.  A deep rift between the two begins, and fearing that Elias might testify against him in a court martial, Barnes tries to have Elias killed.  At one point after an ambush, Barnes shoots Elias, and Elias is soon finished off by enemy fire.  Barnes knows that Taylor is aware of the conflict, and Barnes tries to kill him as well.  In the end, Taylor gets the upper hand and kills Barnes.  Due to his injuries, Taylor is air-lifted away to freedom at the end of the movie. 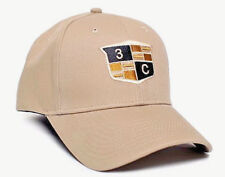 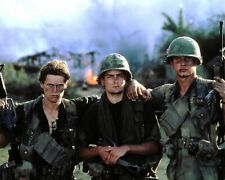 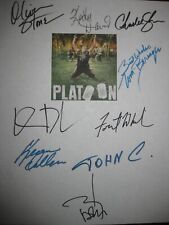 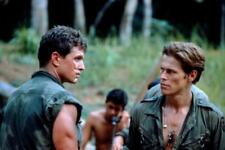 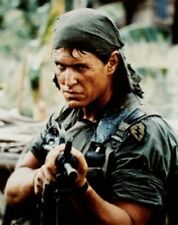