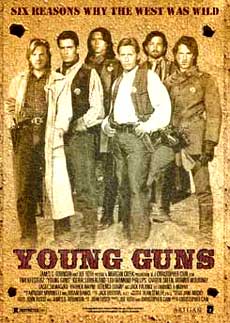 The original Young Guns (1988) western film was full of top stars of the day.  The movie starred starred Emilio Estevez as Billy the Kid, Kiefer Sutherland as Josiah Gordon Doc Scurlock, Lou Diamond Phillips as Jose Chavez Y Chavez, and Charlie Sheen as Dick Brewer.  Although the movie received mixed reviews, it was a hug success at the box office, and popular enough to warrant a sequel in 1990.

In Young Guns, Billy the Kid teams up with his boss, John Tunstall, to battle a rival rancher named Murphy (played by Jack Palance).  When Tunstall is killed by Murphy's men, Billy manages to get himself, and some of his cronies, deputized.  Calling themselves the Regulators, the newly deputized gang goes about the business of bringing Murphy and his men to justice, in any way possible.  After being stripped of their badges, the US Army is commissioned with bringing the gang to justice.

In the end, after a number of spectacular, and highly unlikely, gun battles, some of the Regulators are killed, and a few escape to fight another day.  The movie ends with Doc Scurlock explaining what happened to the survivors as the years went by, including Billy being killed by Pat Garrett.

In the 1990 sequel, Young Guns 2, all of the heavy hitting stars returned, except Sheen, and they added Christian Slater as Arkansas Dave Rudabaugh.  The movie follows the gang just after the Lincoln County war and before Billy the Kid was supposedly killed by his former friend, Pat Garrett.  The movie is narrated by a fellow named Brushy Bill Roberts, who in the end, claims to be Billy the Kid. 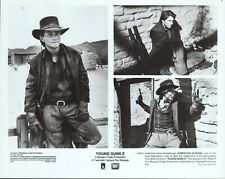 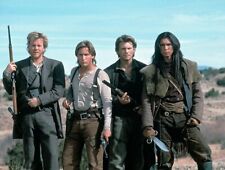 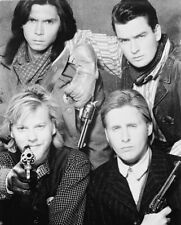 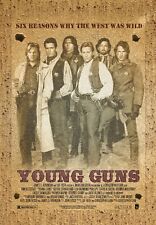 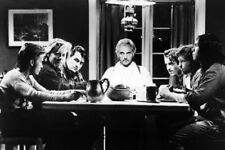 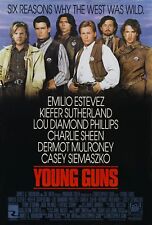 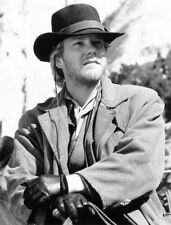 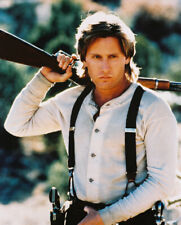