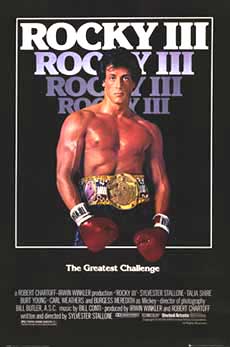 The original Rocky hit the movie scene in 1976.  All told there were 5 Rocky movies, with Rocky II in 1979, Rocky III in 1982, Rocky IV in 1985, Rocky 5 in 1990, and Rocky Balboa in 2006.  All movie starred Sylvestor Stallone as small-time boxer Rocky Balboa.  As far as the ratings go for the Rocky movies, the ratings drop off like a graphed downward line until the 2006 release, which received similar ratings to Rocky II.

Fans of the film series will remember that it starts out in 1976, with small-time boxer Rocky Balboa getting a chance of a lifetime.  Things aren't going too well for Rocky at first.  He works as a loan shark collector and fights in back-alley clubs for little reward, but when champion fighter Apollo Creed challenges Rocky to a bout, Rocky finds himself up to the challenge.  In the end, Rocky loses on a split decision, but he gains dignity and self-respect in the process.

In Rocky II, Balboa attempts to ride the coattails of his earlier success, only to find life continues to be difficult.  He realizes he must box to make a living, and when Apollo challenges Rocky to a rematch, this time Rocky delivers the goods, knocking Apollo out in the 15th round and earning the title of Heavyweight Champion of the World.

As the series rolled on, Rocky III found Balboa fighting James "Clubber" Lang, played by Mr. T., and Rock IV finds Balboa fighting the Russian Ivan Drago, played by Dolph Lundgren, in a grudge match in Russia.  Rocky V pits Balboa up with folks who want to shut down his boxing club, and the final installment, Rocky Balboa 2006), finds Rocky once again in the ring, only to lose with a draw (just like in the first film). 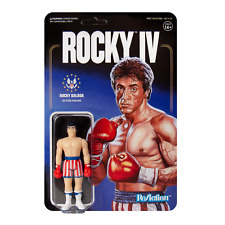 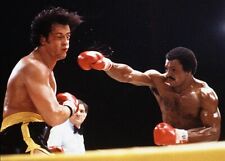 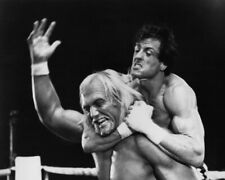 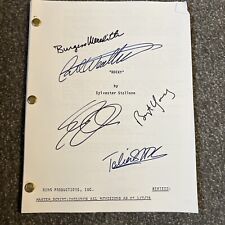 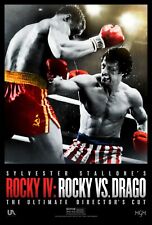 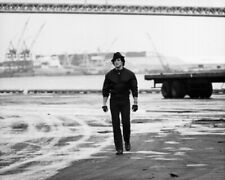 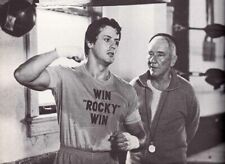 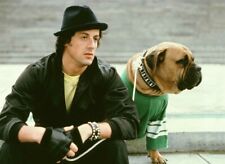