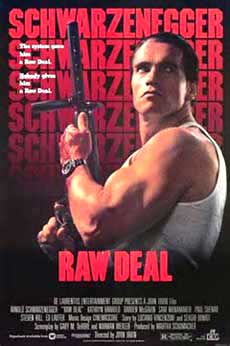 "The system gave him a raw deal...Nobody gives him a raw deal."  What would the 80's have been without Schwarzenegger? Raw Deal was released in 1986 and starred Arnold as small town detective, ex-FBI agent Mark Kaminsky.  The movie received mixed reviews with critics.  Over all, the film made money for the production company, however earnings were below expectations.

The movie starts with a mob informant and his FBI protectors being killed in an ambush.  One of the agents killed is the son of FBI chief Harry Shannon (played by Darren McGavin), who vows revenge.  He enlists the help of ex-FBI agent, turned small town Sheriff, Mark Kaminsky, who was kicked out of the FBI for beating the living tar out of a child molester.  He asks Mark to infiltrate and eliminate, with the promise of giving him his old FBI job back.

Kaminsky works his was up the mob ranks, delicately trying to do the right thing, with snitches all around, without blowing his cover.  In the end, Kaminsky kills all the bad mob guys, cleans up the crooked FBI agents, gets his job back, and makes nice nice with his wife. 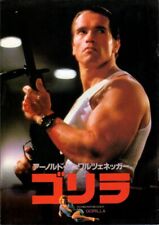 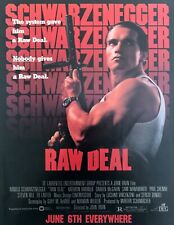 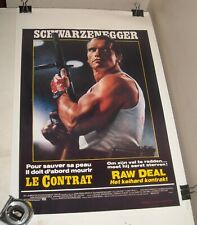 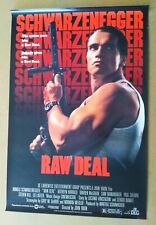