Raiders of the Lost Ark 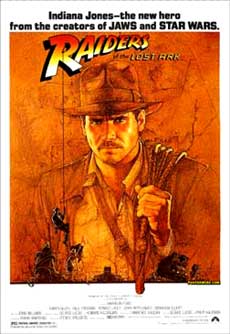 Starring Harrison Ford as Professor of Archaeology Henry "Indiana" Jones, the original Raiders of the Lost Ark was released in 1981.  The original movie was such a huge success, that it warranted a number of sequels:  The Temple of Doom in 1984, The Last Crusade in 1989, and Indiana Jones and the Kingdom of the Crystal Skull (2008).  The movies were the brainchild of George Lucas and directed by Stephen Spielberg.

In the original, Indiana tries to find the the Ark of the Covenant before the Nazis find it.  The Nazis think it will make them invincible in the same way it did the Israelis of the Old Testament.  Although Indiana was the first to find the Ark, the Nazi's find him and steal it.  At the end of the movie, the Nazi's open the Ark and are killed by its Godly powers.  Indiana survives by closing his eyes and not looking upon the glory of God.

In The Temple of Doom, which is technically one year before the Ark incident, Indiana finds himself escaping from Chinese gangsters, only to crash land in India.  He finds an Indian village whose children have been kidnapped by a cult.  He is asked to retrieve the Sankara Stones, which have been stolen by a cult.  The cult plans on using the power of the stones to rule the world, but Indy manages to defeat the cult, free the kidnapped children, and returns the stones to where they belong.

In the Last Crusade, Indy is on a quest to find the Holy Grail while rescuing his father (played by Sean Connery) at the same time.  In the end, Indy and his father realize their relationship is more important than the grail, so they give up on the quest.  In the Kingdom of the Crystal Skull, Indy must fight the Russians to retrieve a Crystal Skull.  In the mean time, he rekindles and old flame and bonds with his son (played by Shia Lebeouf). 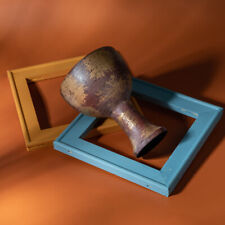 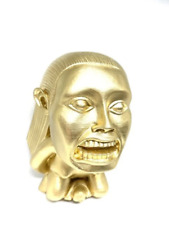 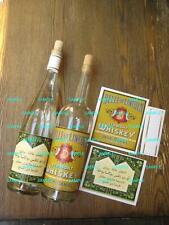 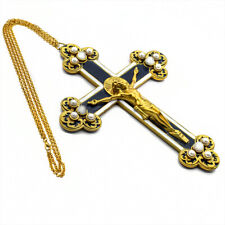 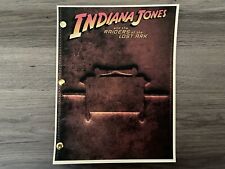 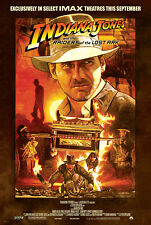 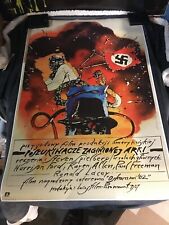 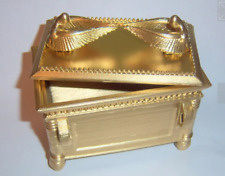 Indiana Jones And The Raiders Of The Lost Ark Of The Covenant replica unpainted
$30.00