Pulsar, the Ultimate Man of Adventure, was first produced by Mattel in 1977.  We include it here because it did make it into the early 1980’s, and many of you may have owned one.  Pulsar was a 14” male figure with white hair.  When you took of his suit, it revealed his torso, which was made of clear plastic.  Inside you could see his internal organs, and when you pushed a button on his back, it would make his heart and lungs work, as well as pump simulated blood through his veins.  You could also flip his head open and put in a holographic ”mission disk”.  In addition to Pulsar, you could also buy a Life Systems Center in which Pulsar could be placed (like a medical bay), as well as Pulsar’s nemesis, Hypnos, who was a humanoid alien.  When you pushed Hypnos’ button, a disc would spin inside his chest that created sparks.  Awesome! 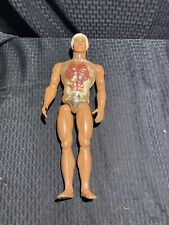 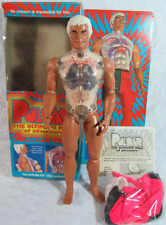 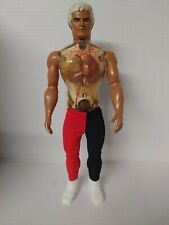 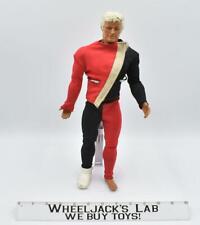