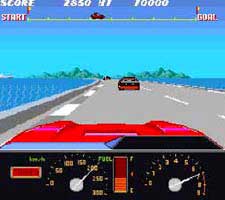 Konami GT, also known as Konami RF2 – Red Fighter, was a racing game released by Konami in 1985.  The game was very similar to Konami’s first racing game, called Road Fighter (1984).   Like many racing games of the time, the player had to race from checkpoint to checkpoint to earn play time.  If the checkpoint was not reached in time, or the player ran out of fuel, the game was over.  Fuel could be gained by collecting power ups, and could be used up more quickly by using the turbo mode. 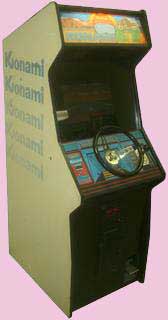