Listen for free or download any Girlschool track for just 12 cents per song! 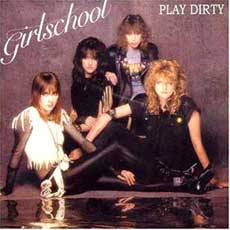 Girlschool, an all female British band that formed in 1978, was not just another late 70's new wave British metal band (punk metal, to b exact).  At the time of this writing, Girlschool was the longest running all female rock bands in history.  The name of the band was taken from a Paul McCartney and the Wings song called "Mull of Kyntyre".

Prior to 1978, Girlschool started out as a band called "Painted Lady".  The band was formed by some South London school friends.  After a few changes in the line up, the members of Girlschool initially stabilized.  Over the years, the members of the band have changed, with the only original remaining members being Kim McAuliffe, Enid Williams and Denise Dufort.  The band got their big break after catching the attention of Lemmy from the band Motorhead, who asked them to tour with Motorhead in 1979.  Soon after a record deal followed and Girlschool released the album, Demolition, in 1980.  Collaboration with Motorhead did continue throughout the life of Girlschool, and at the time of this writing, was still in full swing.

Most people would probably agree that that their heyday was the early 80's.  Many early 80's rockers might remember this band for their 1981 album Hit and Run.  Girlschool had a huge UK following and toured with bands like Iron Maiden, Hanoi Rocks, Nazareth, Deep Purple and the Scorpions.  Girlschool worked endlessly, touring and producing, and by 1983, the band had succumbed to the more polished sound that US audiences were familiar with, and the band's UK fan base started slipping away.  The subsequent US tour was more than the band could handle, and things began to fracture.  By the mid to late 1980's and early 1990's, near bankrupt, the band attempted to go back to their earlier sound.  Regardless, like many bands, the Seattle grunge sound had settled in, and the band no longer had the fire they once did.

By 1992, Girlschool had given up on the idea of huge sales, but instead began producing their own music and creating a large cult following.  Since the, the band has remained extremely active, playing many European metal reunion tours.  At the time of this writing, the Girlschool Discography was as follows:

Listen for free or download any Girlschool track for just 12 cents per song! 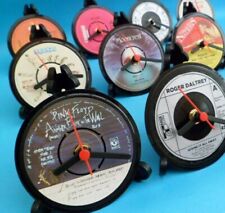 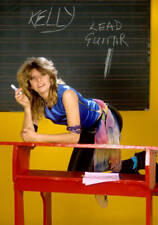 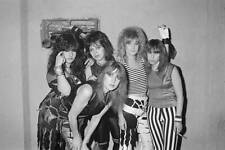 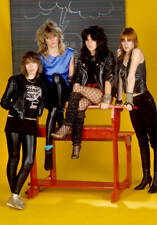 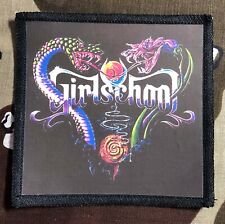 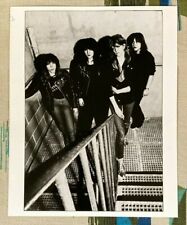 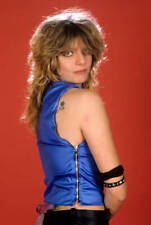