Listen for free or download any Eddie Money track for just 12 cents per song! 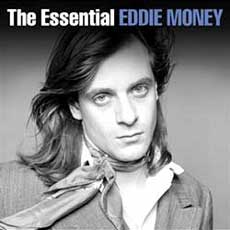 Brooklyn, NY's Edward Joseph Mahoney (Eddie Money) started out his career as a police officer in the 1960's before becoming a rock star in the 1970's and 80's.  His grandfather, father, and brother were all NYC officers.  After two years as a police officer, the pull of music was stronger than his desire for law enforcement, so Eddie moved to California and became a club act staple.

In 1976, Eddie changed his stage name to "Money" and quickly landed a record deal with Columbia Records.  Eddie Money's first self-titled release hit shelves in 1977 and featured the two hit songs "Baby Hold On" and "Two Tickets to Paradise").  More hits followed.  "Think I'm In Love" and "Shakin'" came off his 1982 release, No Control, which featured the equally successful music videos.  The song "Take Me Home Tonight", which came of his 1986 release, Can't Hold Back, charted at no. 4 on the Billboard Hot 100.  Another song from this album you will remember is "I Wanna Go Back".  The hit song "Walk on Water" was released in 1988 on Nothing to Lose, and Eddie's final top 40 hit came with 1991's "I'll Get By" from the album Right Here.

Since his heyday, Eddie Money has been found both on stage and in the studio.  His long career has netted him new fans, appearances on shows like King of Queens and The Drew Carey Show, and found his music featured on Guitar Hero and Grand Theft Auto.  At the time of this writing, the Eddie Money Discography was as follows:

Listen for free or download any Eddie Money track for just 12 cents per song! 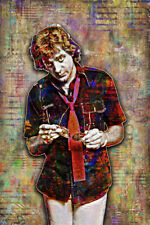 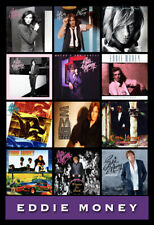 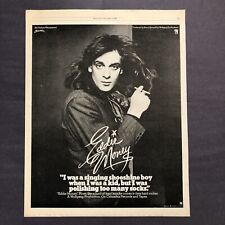 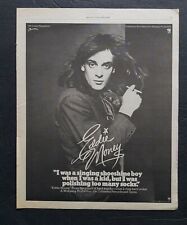 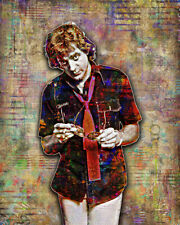