Listen for free or download any Kansas track for just 12 cents per song! 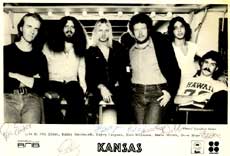 Kansas was a great band.  How many progressive rock bands can we say had a violinist?  Kansas formed back in 1970 in Topeka, KS as a mix of musicians from several local bands (The Reasons Why, White Clover).  By 1973, after some shifting in the line up, a record deal was solidified and the band's self-titled debut hit shelves in 1974.  Kansas'  unique progressive, symphonic rock sand was henceforth the signature sound that made them famous.  In 1975, Kansas followed up with the albums Song for America and Masque.  By this time, Kansas had quite the groupie following.

In 1976, Kansas released the album Leftoverture, which was the band's first huge hit.  The song "Carry On My Wayward Son" from this album landed at number 5 on the Billboard Pop Album chart.  Point of no Return, released in 1977, featured two hits:  The title track, which charted at number 4, and "Dust in the Wind".  By this time, Kansas was selling out top venues, such as New York's Madison Square Garden.  The band's live shows sounded true to their album releases.  In 1979, Monolith was released.  It did produce one hit that you may remember:  "People of the Southwind".  This song was about the Kaw Native American tribe (also known as Kanza), which ultimately is where the band derived their name.

In the early 1980's, founding band member Kerry Livgren became a Christian (yeah, Kerry!), and the several of the band's subsequent releases had songs with Christian overtones.  You may remember the hit song "Hold On", from the 1980 release Audio-Visions.  Because of this move to Christianity, the band began to change line ups, with Steve Walsh leaving to form the band Streets and John Elefante taking his place (Sammy Hagar had even applied for this position).  The new line up released Vinyl Confessions in 1982, which featured the hit song "Play the Game Tonight" (this song charted at number 4 on the Billboard Rock Chart).  Drastic Measures was released in 1983 and featured the hit song "Fight Fire with Fire" (this song charted at number 3).

After their 1983 release, the band began to lose some original members.  The hit song "Perfect Lover", released on their 1984 greatest hits album, was the last to feature Livgren for some time.  In 1986, with several new members (including Steve Morse and Billy Greer), Kansas released the album Power.  There were three hit songs from this album:  "Power", "All I Wanted", and "Can't Cry Anymore".  The last album released in the 1980's was The Spirit of Things.

As the years rolled on, Kansas continued to produce new material and go on tour (with varying members).   There is another band iteration of some of the original members of Kansa, called Proto-Kaw, that released a few albums reminiscent of the old sound of Kansas.  The fact is, Kansas has had so many hits over the years, that we had to own them all.  If you cannot swing that, consider the Sail On Anthology.  At the time of this writing, the Kansas Discography was as follows:

Listen for free or download any Kansas track for just 12 cents per song! 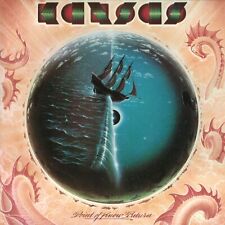 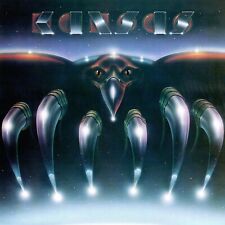 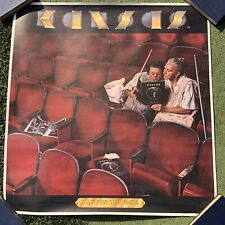 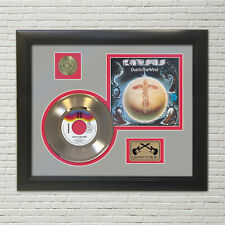 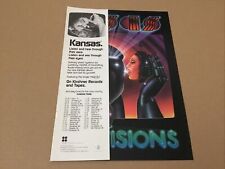 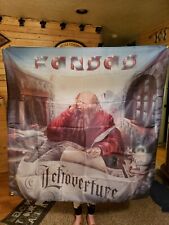 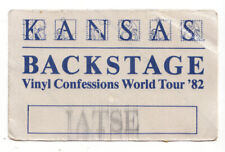 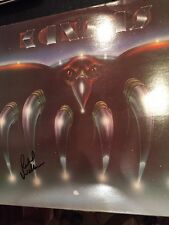 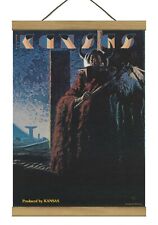