Rise of the PC 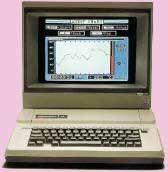 The theoretical functionality of computing dates back to the 19th century.  The technology began progressing rapidly by the late 1970's, with the introduction of the first pre-assembled PC in 1975.  It took a few years for the pre-assembled units to catch on given that most personal computers were sold as do-it-yourself kits.  Around this same time (1976), Steve Jobs and Steve Wozniak created Apple Computer.  By the late 70's, there were three primary PC manufacturers:  Apple, Commodore, and Tandy.  By the early 1980's, other's joined the fray, including companies like Atari, Texas Instruments, IBM, and Sinclair.  In 1980, a 5 year old company called Microsoft convinced IBM to bundle their operating system with their machines.  IBM paid Microsoft a commission for each PC sold.  When IBM asked Microsoft to write a new operation system (called OS/2), they happily obliged.  What IBM did not know was Microsoft was also developing their own, new operating system, called Windows, that also worked on the IBM platform.  By the 1990's, Microsoft had captured over 90% of the operating system market.