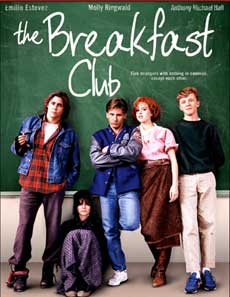 The Brat Pack is a nickname given to a group of 80's actors that would often star in the movies together, many of which would be coming-of-age themed.  It is a play on the nickname "The Rat Pack", which referred to another group of actors from the 1950's.  The nickname was first published in a 1985 issue of New York magazine, referring specifically to the group starring in The Breakfast Club and St. Elmos' Fire.  As time went on, the nickname went on to include more actors than just those starred in the aforementioned movies.  The core members of this group included Emilio Estevez, Anthony Michael Hall, Rob Lowe, Andrew McCarthy, Demi Moore, Judd Nelson, Molly Ringwald, and Ally Sheedy.  However, as time went on, others became linked as well, such as C. Thomas Howell, Kiefer Sutherland, Lea Thompson, and John Cusack. 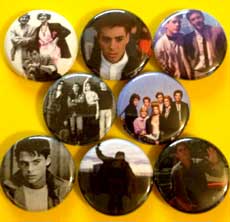