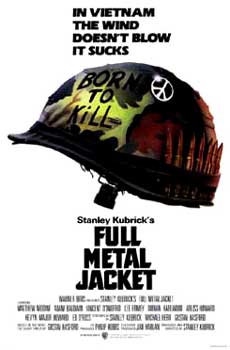 "In Vietnam, the wind doesn't blow, it sucks."  Full Metal Jacket, a Stanley Kubrick movie which was released in 1987, was based on the 1979 novel by Gustav Haford titled The Short-Timers.  The movie starred Matthew Modine as James T. "Joker" Davis", Vincent D'Onofrio as Leonard "Gomer Pyle" Lawrence, and R. Lee Ermey as Gunnery Sergeant Hartman.  The movie received both positive reviews and was a  hit at the box office.  It received a number of Academy Awards.

The movie follows the military career of a couple of new recruits who arrive at Parris Island for basic Marine Corps training in 1967.  Their drill Sergeant, Hartman, is especially hard on the recruits.  Pyle does poorly, and Hartman basically applies a collective punishment policy based on his performance.  In retaliation, other platoon members haze Pyle, and he becomes increasingly psychotic, eventually killing Hartman and them himself.

After boot camp, Davis becomes a sergeant and war correspondent and is sent to Vietnam.  He ends up embedded in a platoon with some old boot camp buddies, and a teenage, female sniper ends up killing/wounding several key platoon members.  Joker, as part of a mercy killing, eventually kills the sniper, and thus becomes somewhat anesthetized to chaos around him.  He is now one of the team. 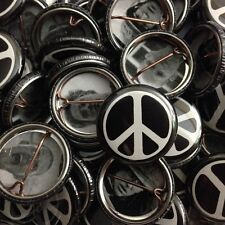 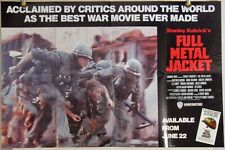 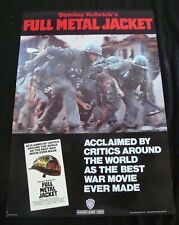 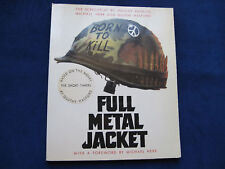 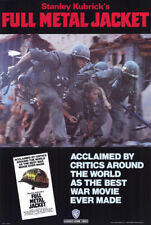