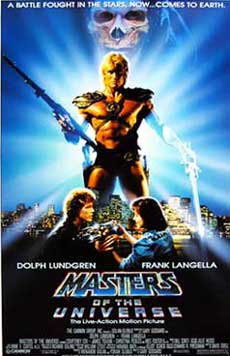 "A battle fought in the stars, now...comes to earth".  What would the 80's have been without a 1987 cartoon fantasy movie based on the He-Man toy line?  Boring, perhaps?  Starring 80's kingpin Dolph Lundgren as He-Man and Frank Langella as Skeletor, the movie was not a favorite of critics.  The movie was released after the height in popularity of the toy line, which contributed to the fact that it was not a financial success.

The movie begins with Skeletor's army having seized Castle Grayskull on planet Eternia.  Skeletor's plan is to use a time and space portal within the castle to wreak havoc, especially for his nemesis, He-Man, and ultimately  become the Master of the Universe.  There are a number of cosmic portal keys that various parties within the movie are after, and a group of Eternians accidentally zap themselves to California, where they lose the key.  It is found by two teenagers, one played by Courtney Cox, and Skeletor sends his minions to California to claim it.

Eventually, He-Man makes it to earth to try and get the key himself, but in the process, he is temporarily defeated by Skeletor and taken back to Grayskull as Skeletor's slave.  Just when it looks as if He-Man is defeated and Skeletor is indeed the Master of the Universe, He-Man manages to get his hands on the sword of Grayskull, and the two battle it out.  He-Man gains the upper hand, and all is made right with the world.  Or is it really?  At the end of the movie, Skeletor "rises from the ashes" and says "I will be back!" 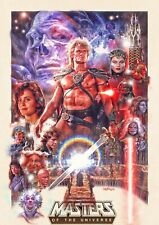 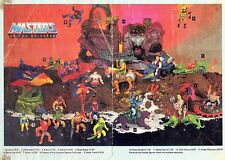 He-Man And The Masters Of The Universe Mattel Toys Display POSTER
$8.91 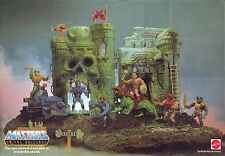 He-Man And The Masters Of The Universe Mattel Toys Display POSTER
$11.98 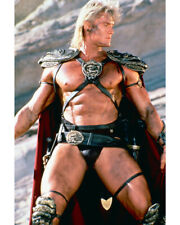 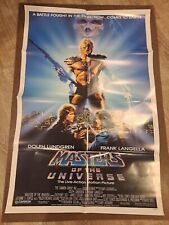 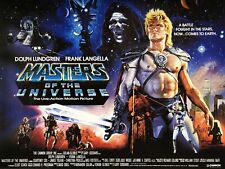 Masters Of The Universe movie poster (b) - Dolph Lundgren poster
$12.99 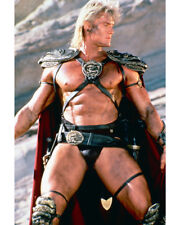 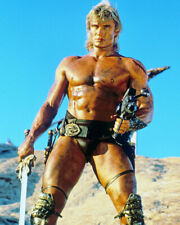