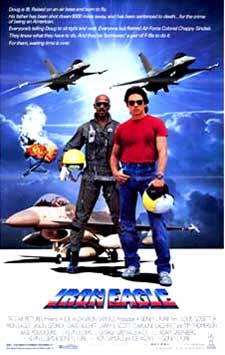 "Doug is 18.  Raised on an air base and born to fly.  His father has been shot down 6000 miles away, and has been sentenced to death...for the crime of being an American.  Everyone's telling Doug to sit tight and wait.  Everyone but Retired Air Force Colonel Chappy Sinclair.  They know what they have to do.  And they've 'borrowed' a pair of F-16s to do it.  For them, waiting is over."

The original Iron Eagle movie was released in 1986.  The movie starred Louis Gosset, Jr. as Colonel Charles "Chappy" Sinclair, and Jason Gedrick as Doug Masters.  The jet scenes were filmed in Israel, with the help of the Israeli Air Force (the US had a policy of not participating in any film where planes are stolen).  The movie received mixed reviews, mostly negative, but it did well enough at the box office and on video to warrant a number of sequels.  In total, there were three sequels, with Louis Goesset, Jr. being the only common thread (other than some jets).

In this movie, Doug's father, a pilot in the Air Force, is shot down and captured in a fictional Arab country.  Doug, who is a talented civilian pilot, has dreams of rescuing his dad.  Unfortunately, he has been rejected by the Air Force Academy, which would have take too long anyway, considering the fact that Doug's dad is scheduled to be hanged in three days...

Of course Doug cannot let this happen, so he convinces Chappy to help him fly an F-16 mission to save his father.  It just so happens that Chappy agrees, and manages to secure two jets.  On the way, they manage to shoot down a few MIGs until Chappy's jet was shot down.  After playing Chappy's pep talk cassette, Doug is squared away, and he blows a few more things up and saves his dad.  On the way out, additional MIGs are scrambled, and Doug once again stands victorious.  In the end, the Air Force lets the two off considering how poorly their security appeared to be, and they decided to let Doug into the Academy. 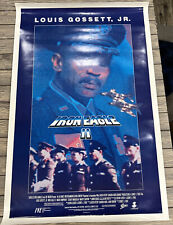 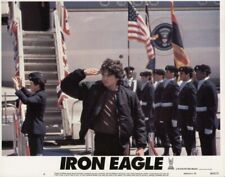 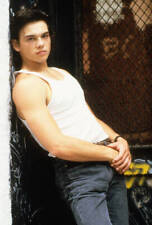 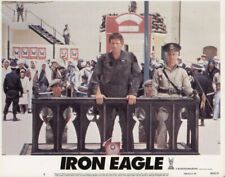 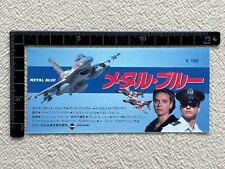 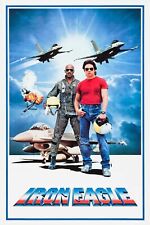 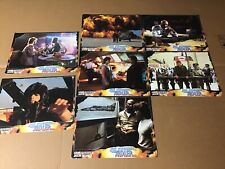 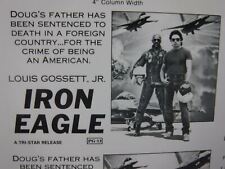