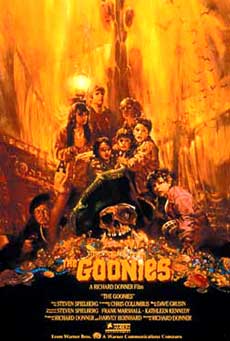 The Goonies, which was released in 1985, was an adventure comedy based on one of Steven Spielberg's stories.  The main characters of the movie were Sean Astin as Mikey Walsh, Corey Feldman as Mouth Devereaux, Ke Huy Quan as Data Wang, Jeff Cohen as Chunk Cohen, Josh Brolin as Brandon Walsh, and Martha Plimpton as Stephanie Steinbrenner.  Although the movie received mixed reviews, they were mostly positive, and the Goonies turned out to be in the top 10 highest earning movies of 1985.

In this movie, a group of friends live in the "Goon Docks" area of Astoria, OR.  Everyone is in a funk because their homes are being foreclosed on due to the expansion of a nearby country club.  While looking though the attic of the Walsh's home, the group finds an old treasure map, which shows how to find the famed pirate "One-eyed Willie's" booty.  Mikey talks the group into one last adventure, so they set off.

The group stumbles upon an abandoned seaside restaurant that appears to be in the vicinity of a coordinate of the map, but they do not realize the fugitive Fratellis family has taken up residence there.  The Goonies escape through a cave, but Chunk is captured and he spills the beans on the Goonie's treasure hunting plans.  They put Chunk in a cage with Sloth Fratelli, the deformed and maltreated brother of the family (he turns out to be nice).

In the cave, which they have discovered is the way to the treasure, they overcome many booby traps and other obstacles meant to thwart their efforts.  The Goonies find the pirate ship and the treasure, but the Fratelli's show up and cause problems until Chunk and Sloth show up and save everyone.  The Fratelli's greed sets off One-eye Willie's final booby trap, and the cave collapses as the ship sails out to sea.  The Goonie's escape the trap and are reunited with their families, while the Fratelli's are reunited with police.  The movie ends with the Goonie's realizing that Mikey did make it out with enough gems to save the Goon Docks, and the foreclosure of their homes is thwarted. 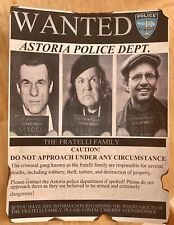 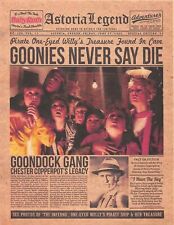 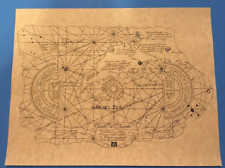 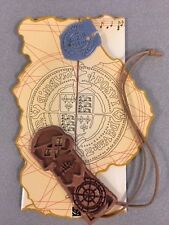 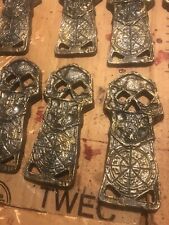 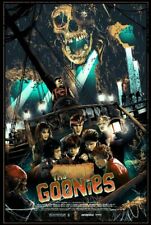 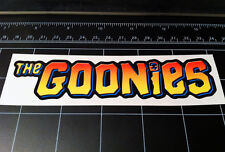 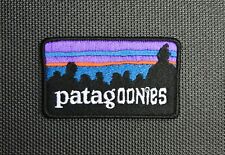