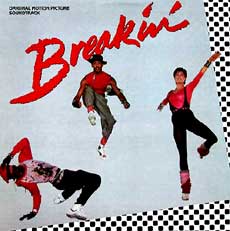 Break Dancing, also known as B-boying or breaking, started out as a style of street dance performed by minorities on street corners in large cities, like NYC, in the mid 1970's.  By the early 1980's, the dance style had gone worldwide.  It was popularized in movies like Flashdance, Breakin', Breakin' 2: Electric Boogaloo, and others.

Break Dancing essentially consists of major dance moves:  toprock, downrock, power moves, and freezes.  As time went on post 1980, other dance moves were incorporated into the original breakdancing movement, including things like popping and locking.  At the time of this writing, Break Dancing had a bit of a resurgence with shows like So You Think You Can Dance.