"Meet Otto.  He's a clean cut kid in a dirty business.  He's a Repo Man.  He steals cars legally.  Now, he's out to repossess a '64 Chevy Malibu...with an amazing reward of $20,000.  But, Otto is not alone.  There are others who want the car and will do anything to get it.  The risks are great, because hidden in the trunk is something so incredible it could destroy them all.  Will give you a hint...it glows in the dark."

Repo Man, a science-fiction action-comedy, was released in 1984 and starred a young Emilio Estevez as Otto Maddox and Harry Dean Stanton as Bud.  The movie was a huge hit with critics, and is still highly regard by many.  Not only is the movie considered one of the best to come out of 1984, but it also considered to be one of the greatest cult flicks of our current time.

The movie finds Otto Maddox, a young Los Angeles punk rocker, losing his job at a local supermarket.  He soon finds out that his parents gave away his tuition money to a crooked evangelist.  Not knowing what to do with himself, he begins wandering around until he meets Bud, a seasoned repo man.  Bud teaches Otto the repo ropes, and before long, Otto is knee deep in the easy money lifestyle of repossessing cars.

Otto learns from a chic that their is a $20k repo fee for a 1964 Chevy Malibu that supposedly contains dead aliens in the trunk and is being driven around by a wacked out scientist.  Everyone wants that car, including a secret agent and rival repo men in the area.  In the end the FBI ends up with the car, and it turns out it was actual a spaceship. 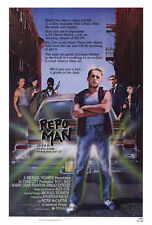 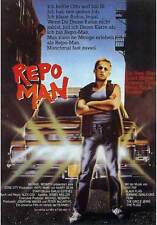 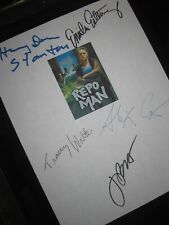 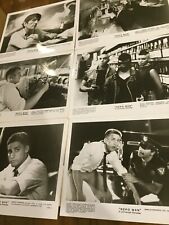