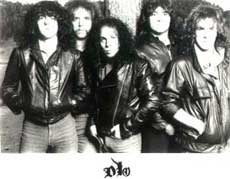 Ronnie James Dio has a long history in the music business, from Rainbow to Black Sabbath, Ronnie made Dio one of the quintessential metal bands of the 80's with great albums like Holy Diver (1983), The Last in Line (1984), and Dream Evil (1987).

After splitting with Black Sabbath, Dio formed his solo band in 1982 with the help of fellow former Black Sabbath drummer Vinnie Appice.  Over the years, Dio's band members changed frequently, with Ronnie himself as the only obvious consistent member.  A couple of the more notable guitar players that have graced Dio are Jake E. Lee (Ozzy, Badlands) and Vivian Campbell (Whitesnake, Def Leppard, Thin Lizzy).

With the release of Holy Diver in 1983, Dio found themselves with a greater than average amount of rotation on MTV with videos for the songs "Rainbow in the Dark" and "Holy Diver".  It was after the 1987 release of Dream Evilthat Vivian Campbell left Dio for Whitesnake.

In the mid to late 1990's, Dio continued to produce, although their sound changed dramatically (presumably to keep up with the times).  For this reason, they lost some old fans and gained some new ones.  In 2000, Dio released the album Magica, which was a return to the sound of the 80's that made them popular (this album charted at 13 on the Billboard charts).

In 2007, Ronnie reunited with Black Sabbath under the band name "Heaven & Hell".  In 2010, Ronnie James Dio died of stomach cancer.  At the time of this writing, and in tribute to Dio, some former band members of the band decided to from a new band called "Dio Disciples" featuring former Judas Priest lead singer Tim Owens (lead singer long after Rob Halford).

A couple of interesting facts about the band Dio:  1) Ronnie wrote the song "Stars" for the "Hear 'n Aid" project; 2) The scary looking devil guy featured on many of the Dio album's artwork is called "Murray"; 3) If you look at the band logo upside down and backwards, it says "Devil".  It is worth noting that although we do not personally agree with much of the satanic imagery that was popular in 80's metal, we also note that it was sometimes taken out of context, which anecdotally appears to be the case with Dio.

At the time of this writing, and not likely to change, the Dio Discography was as follows: 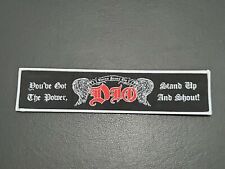 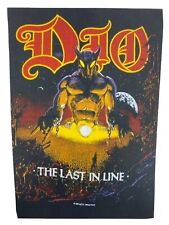 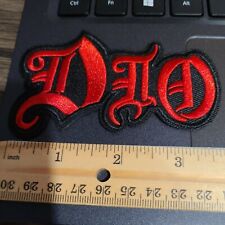 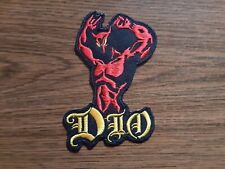 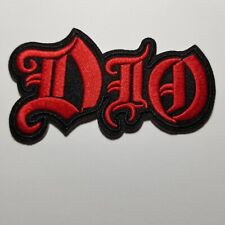 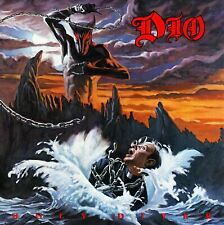 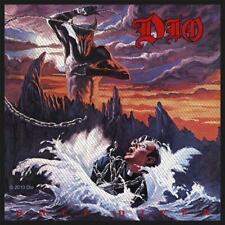