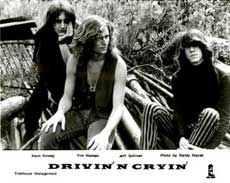 Most of you out there in rocker land probably know this Atlanta based band for their 1991 album Fly Me Courageous.  But did you know they produced metal albums as far back as 1986?

Drivin' 'N' Cryin' formed back in 1985 and was a huge local draw in Atlanta.  It is our understanding that the name of the band was intended to illicit thoughts regarding the dichotomy of their music.  What?   Basically, Drivin' 'N' Cryin' is not your traditional metal band.  We are not really even sure how to categorize the band, as some of their music has a metal edge to it (like "Fly Me Courageous"), and some of their might be described as "folk metal" (whatever the heck that is) or just plain old rock.

Some of you out there may remember the song "Can't Promise You the World" and "Powerhouse" from their 1988 album Whisper Tames the Lion(this album charted at 130 on the Billboard 200).  The songs "Honeysuckle Blue” and “Straight To Hell” from their 1989 release, Mystery Radio, are also songs you may remember.  The band's 1993 release, Smoke, has also been described as a heavier rock album and charted at 95.

As time went on, Drivin' 'N' Cryin' mellowed their sound out, essentially returning to the sound of the early days.  We own their 1991 release, Fly Me Courageous, and have to admit that it is one of our favorite albums in our collection.

At the time of this writing, the Drivin' 'N' Cryin' Discography was as follows: 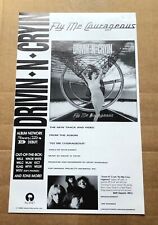 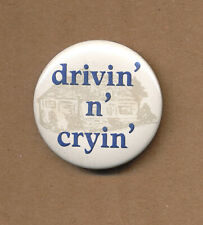 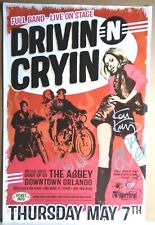 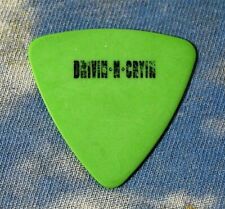 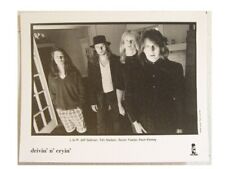 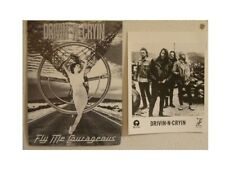