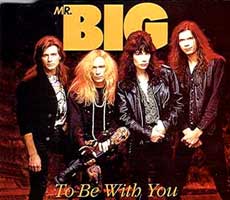 Mr. Big was a Los Angeles band of rock veterans that formed back in 1988.  The veterans?  Vocalist Eric Martin (Eric Martin Band), guitarist Paul Gilbert (Racer X), bassist Billy Sheehan (David Lee Roth), and drummer Pat Torpey (Robert Plant).  After hiring Herbie Herbert, the former manager of Europe and Journey, Mr. Big signed with Atlantic records and released their 1989 self-titled debut.  Although the album was not a huge hit in the USA, it was in Japan.  The band toured with Rush to support this album.

In 1991, Mr. Big released, Lean Into It, and album that was a huge commercial success.  Many of you will remember the song "Be With You" from this album, a song that reached number 1 status in 15 countries.  Two other hits from this same album many of you will recognize are "Just Take My Heart" and "Green-Tinted Sixties Mind".  The band's 1993 release, Bump Ahead, including the Cat Steven's cover of "Wild World".  This album charted at 27 on the Billboard Hot 100.

Like many bands, Mr. Big's popularity began to wane in the USA in the 1990's, although they were still a huge success in Japan and other Asian countries like South Korea and Thailand.  In 1997,  Paul Gilbert left the band to resurrect Racer X, so former Poison guitarist Richie Kotzen was brought in to replace him.  Soon after, tensions in the band began to rise as Sheenan began touring with his old mate Steve Vai.  By 2002, the band was broken up.

In 2008, members of the band performed a few songs together at the House of Blues in L.A., and thus began the reincarnation of the band.  They commenced to tour an excited Japan and India and release a new album.  More to come?  At the time of this writing, the Mr. Big Discography was as follows: 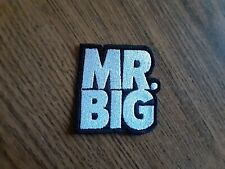 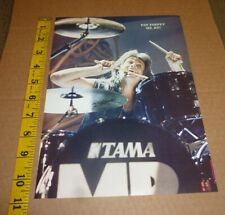 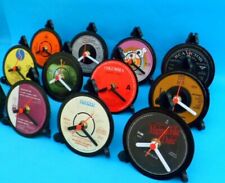 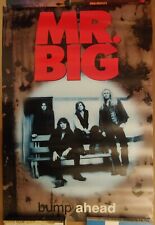 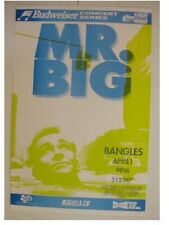 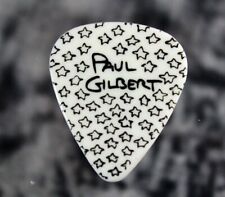 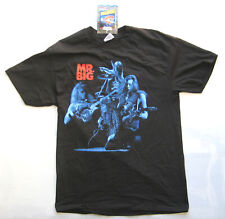 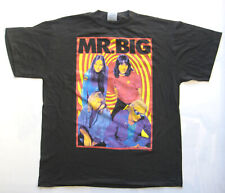