Nightwing was a British hard rock/metal band that started out as Gordon and Friends in 1978.  The band landed a record deal and released their first album, Something in the Air, in 1981.  In 1983, the band decided to hire a full-time vocalist, Max Bacon (previously the mic had been shared between other members).  Max Bacon left Nightwing after recording the album My Kingdom Come with them (he left for the short-lived band G.T.R.).

By 1987, tensions had caused the band to split up.  In 1996, Gordon Rowley reunited the band and a new album was released.  They again went on hiatus, but reformed in 2006.  They continued their activity well into the 2000’s with a new album in 2008.  Current activity is unknown.  If you like hard rock, but are not too keen on heavy metal, then you will probably like Nightwing.  They mix things up quite nicely and might have fit better in the rock section of this site.

The Nightwing Discography is as follows: 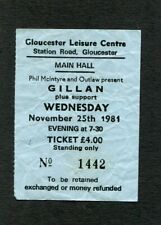 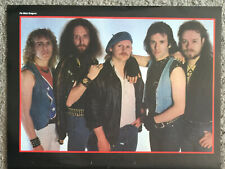 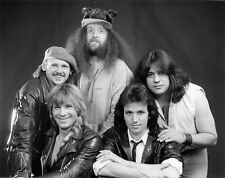 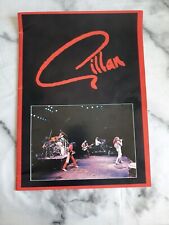