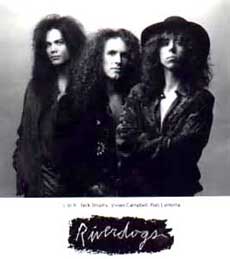 Riverdogs was a band from Los Angeles that formed in 1989.  They managed to impress Whitesnake’s Vivian Campbell, who agreed to produce their first demo and contribute to their first (self-titled) release in 1990.  Although the album received good reviews, the record label did little to promote the band, so they never really took off.  Their follow-up album, Bone, was released in 1993.

Riverdogs was not your traditional metal band.  Some fans may describe them more of a hard rock band than a heavy metal band, and we can see why.  They mixed things up between heavy metal, hard rock, and even soft rock.  Riverdogs was a talented band.  Talented enough so that years later (2003), Vivian Campbell joined the band as a full-time member.  Their latest album, World Gone Mad (2011), is in some ways a contemporary flavoring of their earlier albums (we liked it enough to buy it).  The Riverdogs Discography is as follows: 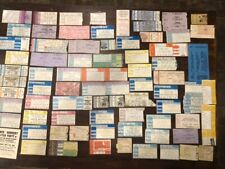 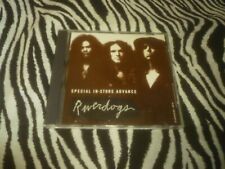