Listen for free or download any Rage of Angels track for just 12 cents per song! 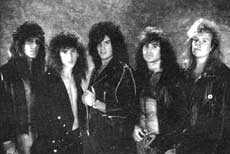 Rage of Angels was a Christian metal band that formed in Connecticut in the late 1980’s as a band called Ransom.  They managed to a land a deal to get two of their songs (“Reason to Rock” and “Rock for the Rock”) on two different compilation albums.  It is said that the band struggled between secular and Christian music, but ultimately they settled on Christian metal for their debut on the Regency record label.

It is our understanding that the band broke up before their debut was even released, and a couple of the members went on to the band Steelheart.  In the 2010’s, vocalist Ged Rylands fired up the band once again, and Dreamworld was released in 2013.  Both of these albums are very good.  The Rage of Angels Discography is as follows:

Listen for free or download any Rage of Angels track for just 12 cents per song! 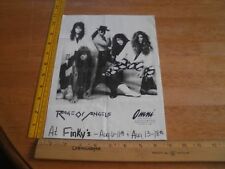 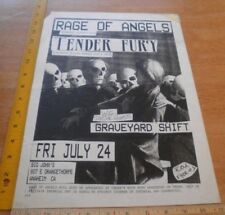