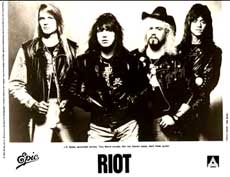 Riot is, in our opinion, an underrated metal band.  Riot was formed in New York City in 1975 by guitarist Mark Reale.  By 1977, the band had released their first album, Rock City, and began touring with AC/DC and Molly Hachet.  Riot was about to disband in 1979, but the group began getting strong recognition in the U.K, and the album Narita was released.  Riot was chosen over Def Leppard to support Sammy Hagar in the late 1970's as their rock/metal style was similar.

Riot's 1981 release, Fire Down Under, was their most successful release to date.  Interestingly enough, Capitol Records did not not like this album, and Riot was working hard to find a way to drop the label.  Fans even began picketing the label.  Eventually, a deal was struck between Capitol and Elektra, so the album was subsequently released and soared onto the charts (oops, Capitol).  By their 1982 release, Restless Breed, singer Guy Speranza had left the band and was replaced by Rhett Forrester.  By the late 1980's, band membership had turned over several more times (in some cases due the deaths of members).

As the 80's, 90's and beyond rolled on, Riot considered producing new material.  Since their 1988 release of Thundersteel, Riot was better described as a power metal band than a late 1970's early 80's Sammy Hagar metal band.  And sorry, folks, we have no idea on the impetus for the bird like dog creature featured on their early albums (wearing tights on one album).  At the time of this writing, the Riot Discography was as follows: 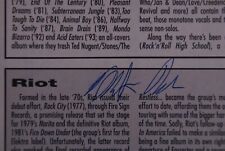 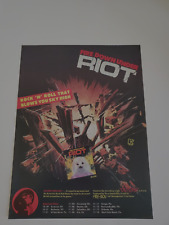 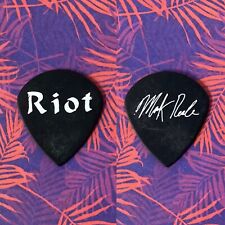 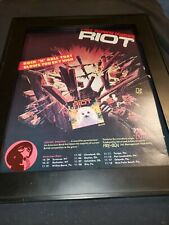 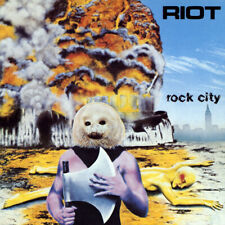 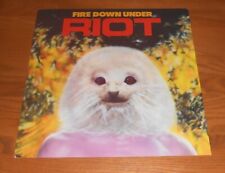 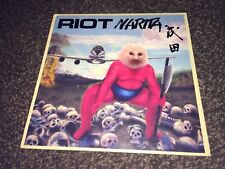 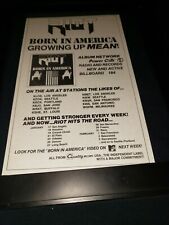 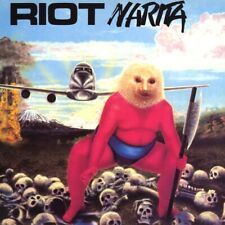 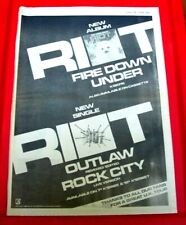