Listen for free or download any Pretty Boy Floyd track for just 12 cents per song!

Pretty Boyd Floyd was a relatively well known glam metal L.A. band that formed back in 1987, looking even more girly than Poison (heck, they started out as a band called "Doll").  We are thinking this look would have made the real Pretty Boy Floyd, a Kansas City Gangster from the 1920's and 1930's, role in his grave.  For a time, there was some controversy in the world of Pretty Boy Floyd, as a lawsuit brewed over a copyright issue with a Canadian band going by the same name.  Needless to say, the American version of the band won out.  And thank goodness, right?

After hitting the Sunset Strip touring circuit, the boys landed a recording contract with MCA Records.  Most people will remember this band for their 1989 debut release, Leather Boyz with Electric Toyz, which featured the songs "Rock and Roll (I Want to Set the Night on Fire)" and "I Wanna BeWith You".  MTV helped the band by putting these single into rotation and the band had a successful tour in Europe.  The album charted at number 130 on the Billboard Top 200.  They also had a song on the movie soundtrack for Karate Kid III.

By 1991, Pretty Boy Floyd had broken up.  However, in 1995, the band reunited for a new album, and have been found touring the USA since then and participating in mega-metal shows in Europe such as the Stockholm Rock Out Festival and the Hard Rock Hell IV in Wales.  At the time of this writing, the Pretty Boy Floyd Discography was as follows:

Listen for free or download any Pretty Boy Floyd track for just 12 cents per song! 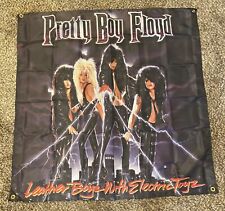 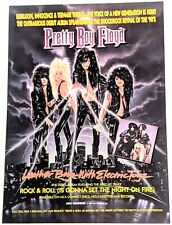 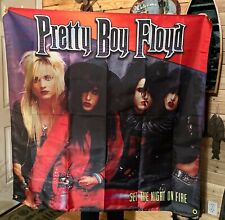 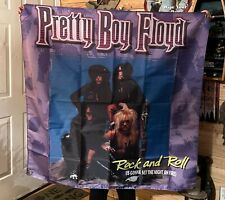 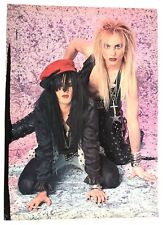 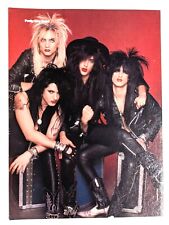 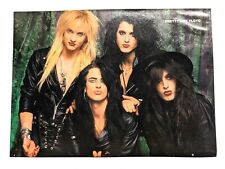 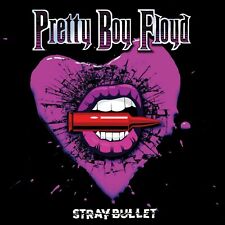 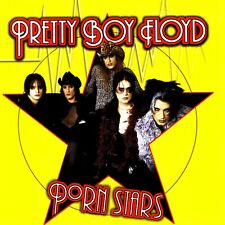