Listen for free or download any The Manhattans track for just 12 cents per song! 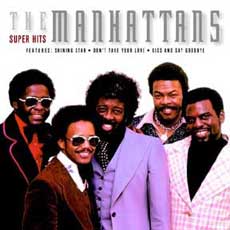 The Manhattans formed in New Jersey way back in 1962 after they were all discharged from the armed forces.  Their first single, "For the Very First Time", was released in 1964, and their first studio album in 1966.  They continued as a successful R&B group throughout the 1960's and 1970's, producing a ton of hits that made the top 40 on the R&B charts.

In 1976, The Manhattans had their first no. 1 song on both the Billboard and R&B charts:  "Kiss and Say Goodbye".  Even though they had a number of additional R&B hits as the 70's rolled on, they would not make the top 40 Billboard charts again until 1980, with the release of the song "Shining Star" from the album After Midnight.  This song even landed the group a Grammy award in 1981.

By 1990, there was only one original member left in the band.  Some members went on to solo careers, while others left for health or other personal reasons.  There have been various incarnations of the band post 1990, and although there have been further releases, PBS specials, and reunion shows, the glory days for the band were over.  The Manhattans Discography is as follows:

Listen for free or download any The Manhattans track for just 12 cents per song! 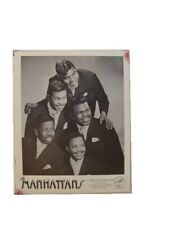 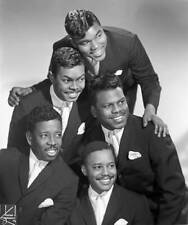 OLD MUSIC PHOTO The Manhattans Pose For A Portrait Circa 1966
$6.15 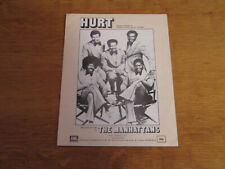 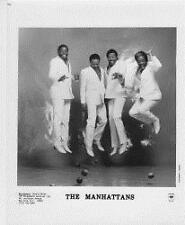 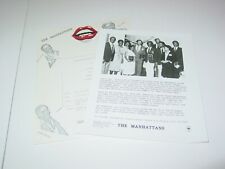 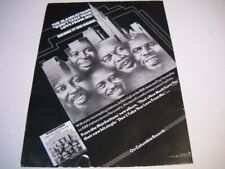 The MANHATTANS with DON'T TKAE YOUR LOVE FROM ME original 1974 Promo Poster Ad
$9.95 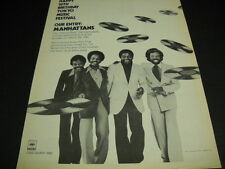 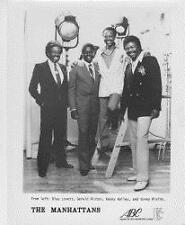 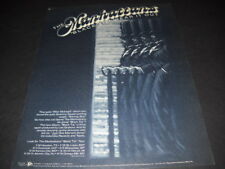