Listen for free or download any Paul Simon track for just 12 cents per song! 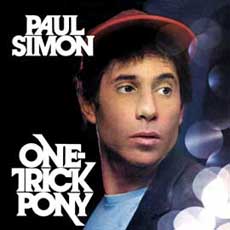 Paul Simon's music career dates way back to the days of Simon and Garfunkel (circa 1964).  In reality, Simon and Garfunkel where childhood friends in New York.  The duo started performing together at 13, and by the time they were in their mid-teens, they had minor hit with the song "Hey, Schoolgirl", which they released under the name Tom and Jerry.

Technically, Simon started a solo career at the same time Simon and Garfunkel where in fool swing, although the album, called The Paul Simon Handbook, was not released in the USA until 2004.  For most of us, Paul Simon's solo career started in 1972, a couple of years after Simon's split with Garfunkel, with this self-titled release.  Some 70's songs you may remember from Simon include "Me and Julio Down by the Schoolyard", "Kodachrome", "Loves Me Like a Rock", "50 Ways to Leave Your Lover", "Slip Slidin' Away", and "Wonder World" with Garfunkel and James Taylor.

The reality is, Simon's career in the 80's was a shadow compared to the 70's.  Yet, he did release several albums in the 80's that included some hits.  Songs you may remember include "Late in the Evening" from  One Trick Pony (1980), "Allergies" from Hearts and Bones (1983), and "You Can Call Me Al"  Graceland (1986).  Although Simon continued producing well into the 2010's, the success of the 70's and 80's remained elusive.  The Paul Simon Discography is as follows:

Listen for free or download any Paul Simon track for just 12 cents per song! 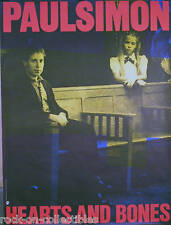 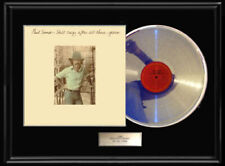 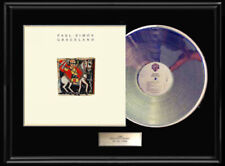 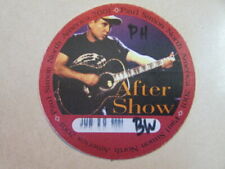 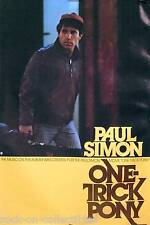