Listen for free or download any The Plimsouls track for just 12 cents per song!

The Plimsouls was a rock band that was formed in Paramount, CA in 1978 by former The Nerves vocalist Peter Chase.  Initially, the band called themselves The Tone Dogs, and they soon became a popular band in Los Angeles.  After landing a record deal with Beat Records, the Plimsouls released an EP in 1980 called Zero Hour, which was a big success for the band in California.

In 1981, The Plimsouls released their first full-length, self-titled studio album (The Plimsouls).  It was their 1983 follow-up release, Everywhere at Once, that they began receiving national attention with the release of the song "A Million Miles Away", which was also included on the Valley Girl movie soundtrack.  Some of you may remember that the Goo Goo Dolls covered this song in 1990.

The Plimsouls did not release any additional studio albums in the 1980's after parting ways, but they did have a reunion in the mid 1990's that resulted in some live shows and a new album.  From time to time, the band has been known to reunite from time to time, and Peter Chase continues a solo career.  The Plimsouls Discography is as follows:

Listen for free or download any The Plimsouls track for just 12 cents per song! 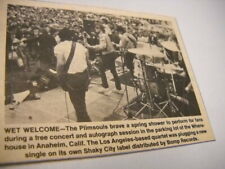 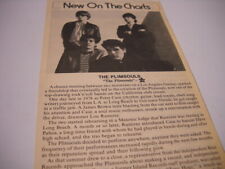 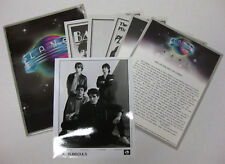