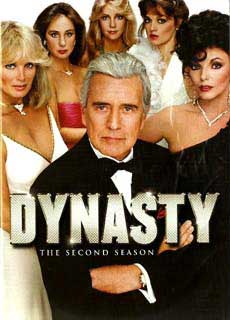 Dynasty, like Dallas and Falcon Crest, was a prime time soap opera/drama that ran from 1981 to 1989 on ABC (there was a reunion show in 1991).  The show centered on the oil-rich Carrington family of Denver, Colorado, and starred heavy hitters like Linda Evans (Krystle Carrington), John Forsythe (Blake Carrington), Joan Collins (Alexis Carrington), Pamela Sue Martin (Fallon Carrington), and Heather Locklear (Sammy Jo Dean).  This aware winning show started out slowly, but once they added Joan Collins to the lineup, ratings jumped dramatically.  The show was so successful, not only did it spawn a spin-off (The Colby’s), but also its own line of clothes and other luxury products.

Like other popular prime time soap operas of the day, the show revolved around the tempestuous and adulteress relationships of the various family members.  The show started out with the powerful oil tycoon, Blake Carrington (Forsythe), marrying the much younger Krystle (Evans), who was not accepted by the rest of the Carrington family.  Blake’s son, Steven (Al Corley) is a disappointment to his father, and his daughter, Fallon (Martin), is an underestimated manipulator.  Blake’s ex-wife, Alexis (Collins) is also part of the picture, trying to make life miserable for Krystle.  Mix this all in with the business and emotional rivalry that the Carrington family has with the Blaisdel family, and you had several new tragedies for each new episode. 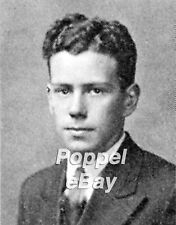 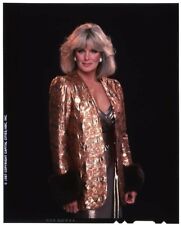 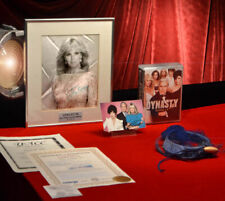 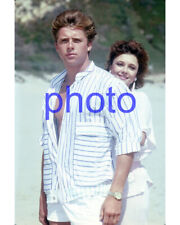 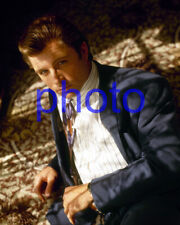 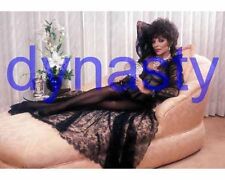 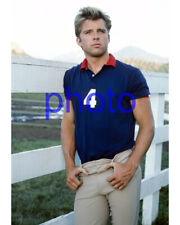 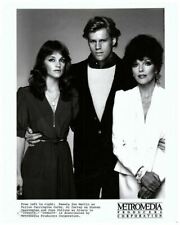